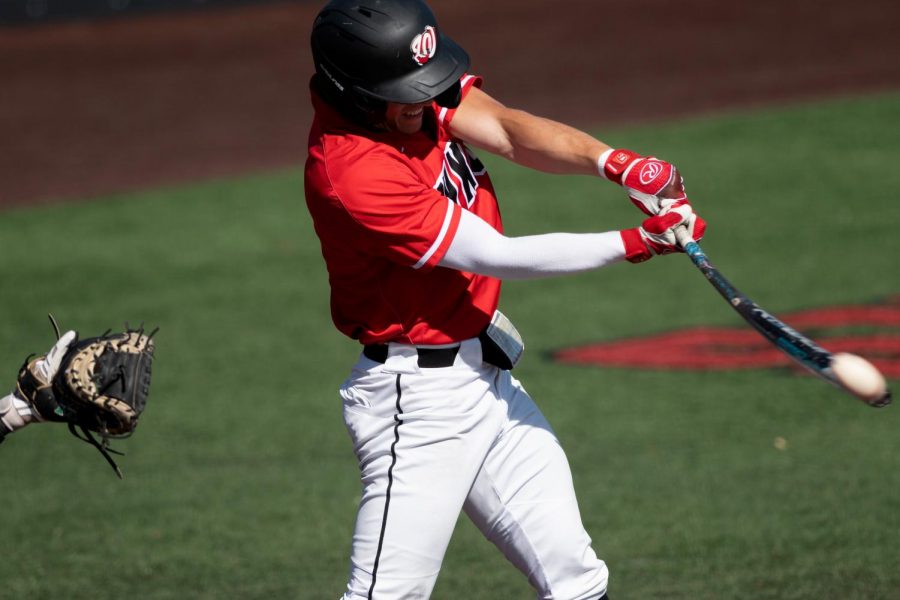 WKU Junior Justin Carlin attempts to put the ball in play during a game against Marshall College on April 11, 2021.

Carlin slashed .500/.550/1.125 during WKU’s four-game sweep of the Thundering Herd while collecting 12 RBI and hitting three home runs. The junior also put up two steals and a double.

It was the second time since 2005 that a Hilltopper had hit three home runs and eight RBI in a single game. The last player to do so was Jake Sanford, C-USA’s only triple crown winner, when he accomplished the feat in a 12-9 victory against Eastern Kentucky University on March 26, 2019.