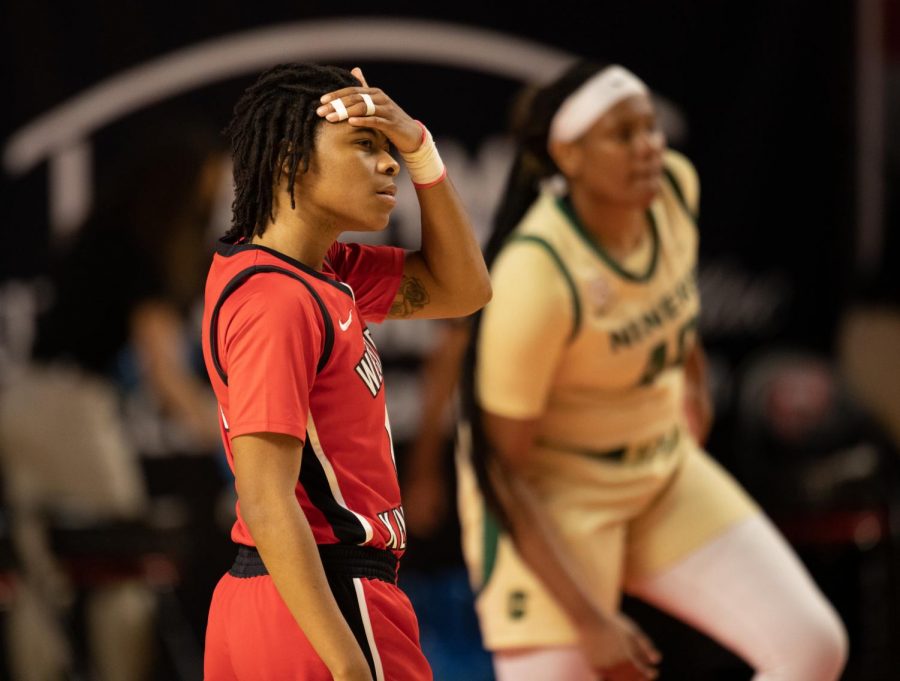 Lady Topper Myriah Haywood (00) wipes sweat from her head as she prepares for the next play.

Haywood joined the Lady Toppers as a late signee, averaging 9.9 points and 5.1 rebounds per game in her senior year at Edwardsville High School.

As a Lady Topper, Haywood turned in seven double-digit scoring performances with one 17-point game against Florida Atlantic last February.

The Edwardsville, Illinois native thanked all the teams she had been a part of throughout her collegiate career in her tweet. She also communicated her excitement for the future.