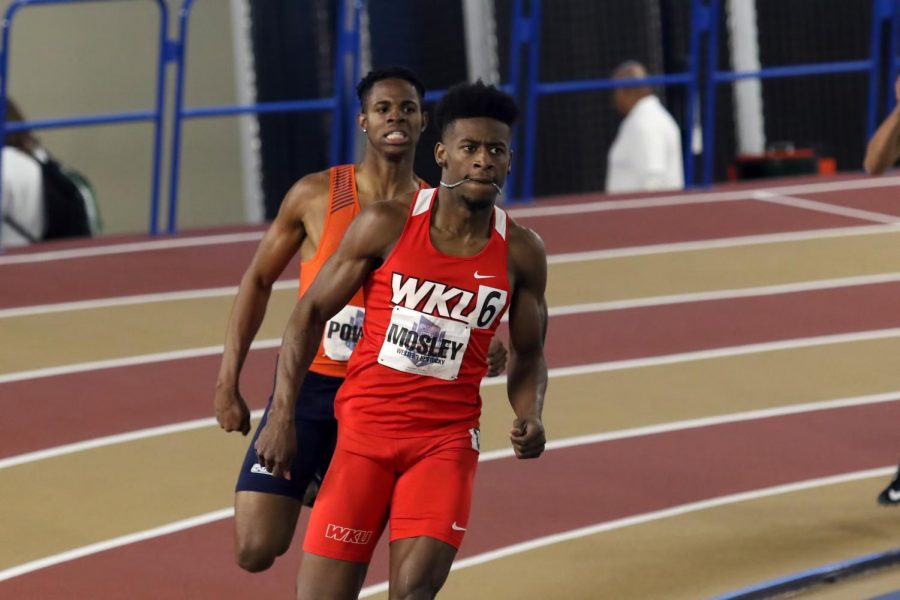 Senior Marlowe Mosley running in the 2020 Conference USA Indoor Track and Field Championships on Feb. 22, 2020 at the Birmingham Crossplex.

Williams will run in the 200-meter event. The Fayetteville, Georgia native was originally ranked no. 51 in the region in the 200 but now ranks no. 31 entering the preliminary.

If either of the sprinters advance in their events, they will compete in their respective quarterfinals which will be held on Friday and Saturday. If either of the two finish in the top three or have one of the six next-fastest times in the quarterfinal they will earn a spot in the NCAA Outdoor Track & Field Championship in Eugene, Oregon on June 9-12.