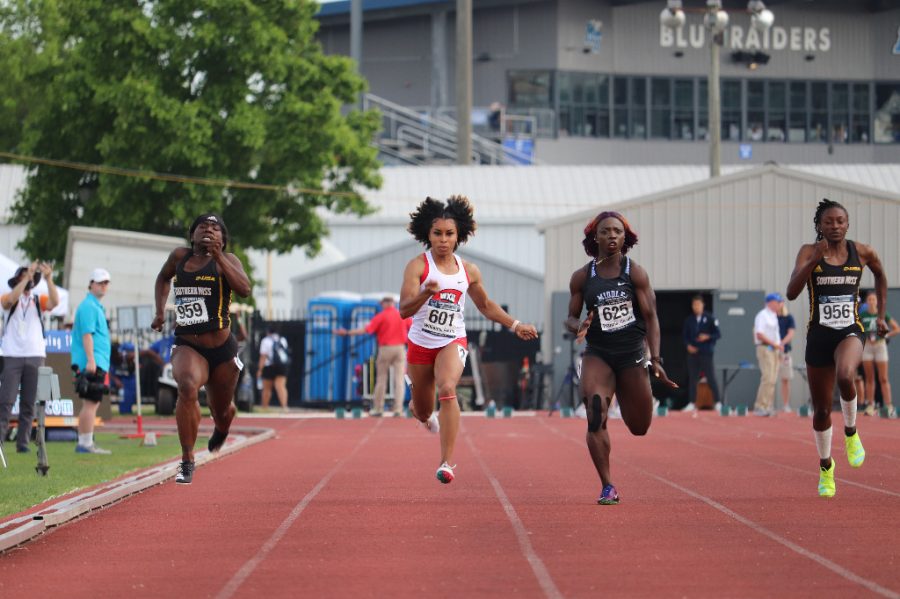 WKU Track & Field’s season came to a close on Thursday evening after the performances of grad student Marlowe Mosley and sophomore Alexis Williams at the NCAA East Region Preliminaries in Jacksonville, Florida.

Mosley’s time of 46.83 in the 400 meter event was just 0.12 seconds shy from securing the Belleville, Illinois native a spot in the NCAA Outdoor Track & Field Championships in Eugene, Oregon. Mosley raced in the 200 meter event as well, placing 44th (21.58).

Williams finished 33rd in her 200 meter event. Her time of 23.77 was just 0.28 seconds off from securing the sprinter a spot in the Championships.

Mosley and Williams were the first Hilltoppers to make the East Regionals under the tenure of Director of Track & Field/Cross Country Brent Chumbley. The pair were also the first sprinters assistant coach Tosha Ansley had coached to a spot in a preliminary during her career on the Hill.