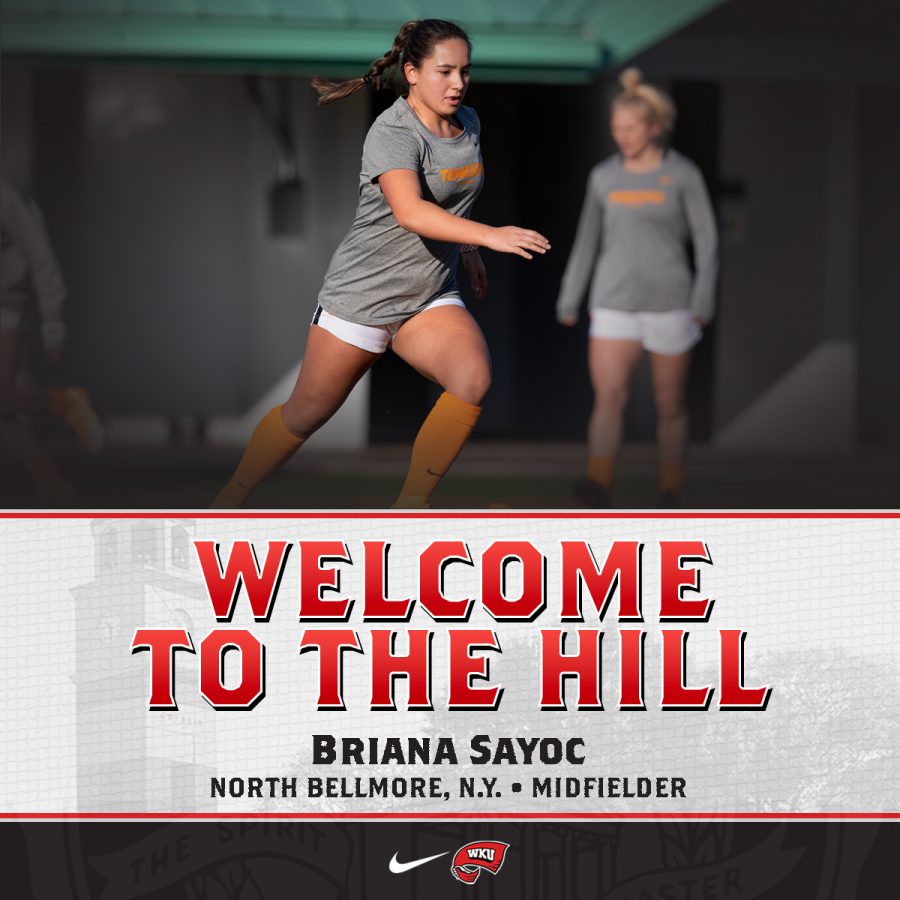 WKU Soccer has strengthened its 2021 roster with the addition of two new transfers, Mackenzie Crittenberger and Briana Sayoc. Crittenberger is transferring from NC State whereas Sayoc will be moving to the Hill from the University of Tennessee.

Crittenberger, a 5-foot-7 defender from Lighthouse, Florida, played in nine matches and was a starter in six matches in the spring of 2021 with the Wolfpack. Crittenberger recorded a total of 550 total minutes on the pitch and was aided by the NC State defense in allowing only six goals on the year.

Prior to her career at NC State, Crittenberger played two seasons at College of Charleston in 2017 and 2018 after becoming a medical redshirt in 2016. Crittenberger’s move to Bowling Green will be a family affair as her brother Ty is a member of the WKU baseball program.

“We learned early on that Mackenzie is a fierce competitor,” assistant coach Roman DuChateau said. “She has a strong desire to compete and a will to win, and those are the types of student athletes we want at WKU. She also brings a great deal of high-level experience and fantastic leadership qualities that will be invaluable to our group. We can’t wait to get her on The Hill.”

Enrolling at the University of Tennessee in January of 2021, Sayoc did not compete in the Volunteers’ six spring matches. Sayoc is a 5-foot-2 midfielder and native of the North Bellmore, New York area.

A graduate of Wellington C. Mepham High School, Sayoc earned All-Region and All-State honors in her 2019 season. Sayoc was ranked at 116 in the overall prospect rating and was declared the 37th best midfielder by IMG Academy and TopDrawerSoccer.com for the 2021 class.

Sayoc also competed at the club level, leading Meadow SC to a conference championship and a runner-up finish at the ECNL National Finals in July of 2018 where she was named the Honorable Mention for the national tournament’s best XI. She was also on the 2019 ECNL National Selection Game roster, which was played in Greer, South Carolina.

“Briana is another addition to we are extremely excited about,” DuChateau said. “A technical and crafty central midfield player that can create opportunities for herself and for her teammates. She has a level of savviness to her game that we believe will complement our attacking pieces really well.”