Geology professor is one of 125 to retire today 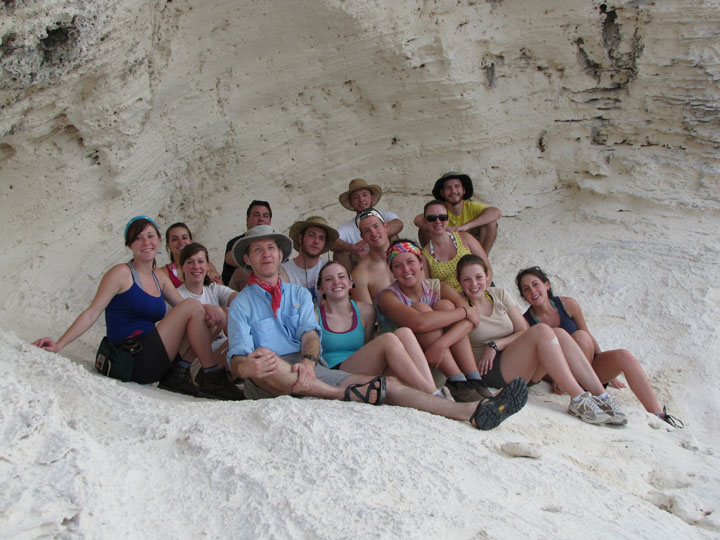 A group of students studied geology in the Bahamas during the winter term of 2010. Photo provided by WKU News.

Fred Siewers arrived on the Hill 23 years ago to teach geology. On Wednesday, he closed the book on more than two decades at WKU, one of the 125 faculty and staff who accepted retirement buyouts and officially ended their campus careers.

Siewers, who retired as chair of the Department of Earth, Environmental and Atmospheric Sciences, said WKU’s offer of a year’s pay up to $100,000 to encourage long-time employees to leave presented an opportunity.

“They really made a buyout opportunity that’s attractive,” Siewers said. “You’re not going to be doing much over the next year because you’re going to have to pay people for another year of their salary. it just gives you a lot of flexibility to either fully retire or think about what you want to do.”

During Siewers time at WKU, he taught courses in earth history, geological field techniques, sedimentology and stratigraphy, paleontology and professional preparation. He advised undergraduate and graduate students in a variety of independent research projects.

Learning from the classes he was teaching was his motivation, Siewers said.

He developed several classes during his time at WKU, including Geology in the Bahamas, a study-abroad field course on the geology and natural history of the Bahamas islands.

“Most recently, I developed a class called energy, climate and carbon,” Siewers said. “It’s all focused on those kinds of issues, energy, climate change and how we need to move away from our carbon intensive economy.”

He said developing these classes were a great opportunity.

“That’s been great. It was all over Zoom this last spring. We had 30 students in there, and [it was] a very lively class.”

For his professional preparation class, he helped graduating seniors in the geology program how to develop their resume and advised them on their careers after college.

“I’ve used that class as the vehicle to invite graduates of the program to present to the graduating seniors,” Siewers said. “That’s just kept me very connected with the people that have been in the program, and which is great because I still get to see them.”

An opportunity that Siewers said WKU provided him was to teach at Harlaxton College in England.

After today, Siewers will be focusing on the Citizens Climate Change Lobby that he volunteers for and hopes to become an emeritus professor at WKU.