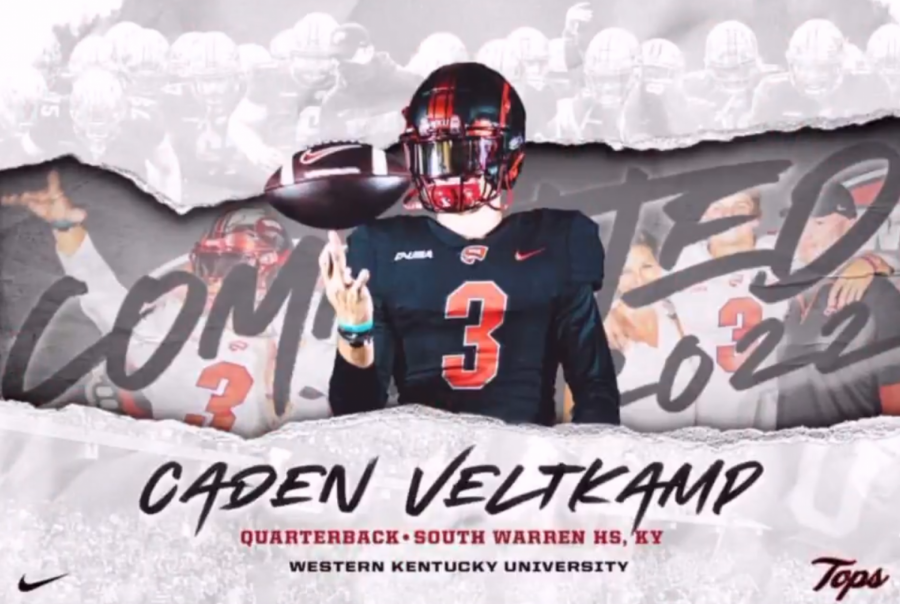 Caden Veltkamp, a three-star member of the 2022 recruiting class, announced his commitment to WKU on Thursday afternoon via twitter.

Veltkamp, a Bowling Green native who played high school ball at South Warren High School, chose the Hill over Akron, Appalachian State, Indiana State, Kentucky, Miami (OH) and North Dakota State. According to Rivals.com, the 6-foot-5, 212-pound quarterback is the sixth-highest ranking member of his class in the state of Kentucky and the 25th highest ranking quarterback overall.

The quarterback told InsideHilltopperSports that he decided to stay in Bowling Green due to the love he has for his hometown.

“The relationships that I’ve built in the city of Bowling Green and the relationship I have with the staff. I couldn’t see myself leaving my hometown,” Veltkamp said.

Veltkamp is the seventh 2022 recruit for the Hilltoppers and the third to come from the Bluegrass, joining Luke Slusher and Evan Wibberly.