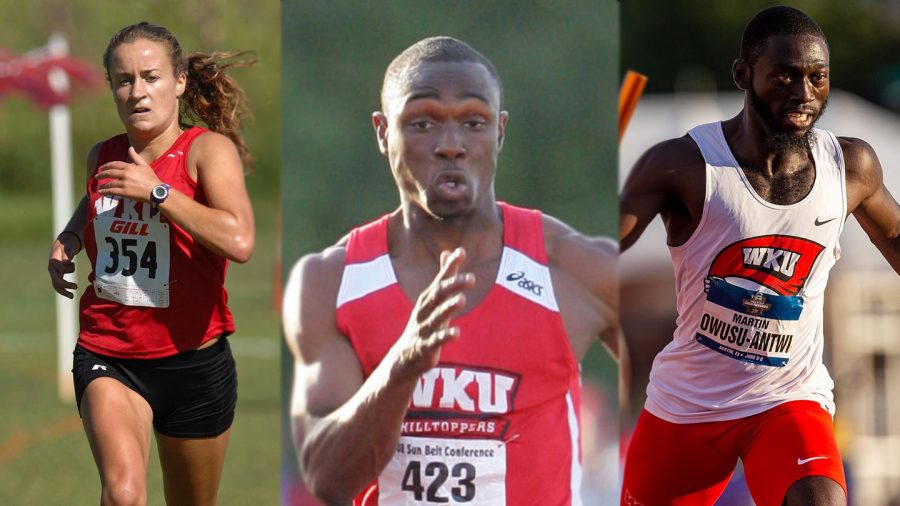 Finn is competing for Ireland in the women’s 3,000-meter steeplechase event and Owusu-Antwi will compete on Ghana’s 4×100-meter relay team. Smellie is expected to compete in Canada’s relay team.

Owusu-Antwi currently holds the WKU program record for the men’s indoor 200-meter event and was a member of the 4×400-meter relay team that set the best time in program history. He is the most recent WKU graduate to be competing in the Olympics.

Smellie compiled a compressive resume before graduation and is a seven-time Sun Belt event champion. Smellie finished on the Sun Belt Championships podium in the outdoor 100-meter event in all four of his years at WKU.

He was named the the Male Sun Belt Outdoor Most Outstanding Performer of the Meet in both 2008 and 2009 and was also named the top male point scorer at the 2009 SBC Outdoor Championships. Smellie qualified for NCAA East Regionals in at least one event in each of his four years on the Hill.

Smellie already has two Olympic Games under his belt, representing Canada in the 4×100-meter relay both times. He was a part of the Canadian relay team that appeared to have won a bronze medal at the 2012 London Olympics before both the result and team were disqualified for a lane violation.

Finn, an Ireland native, made the NCAA East Regionals in both 2011 and 2012 with her steeplechase times. She was also a 2011 and 2012 USTFCCCA All-Academic Team member. This is Finn’s second Olympic Games having competed in the same steeplechase event for Ireland during the 2016 Rio Summer Olympics.