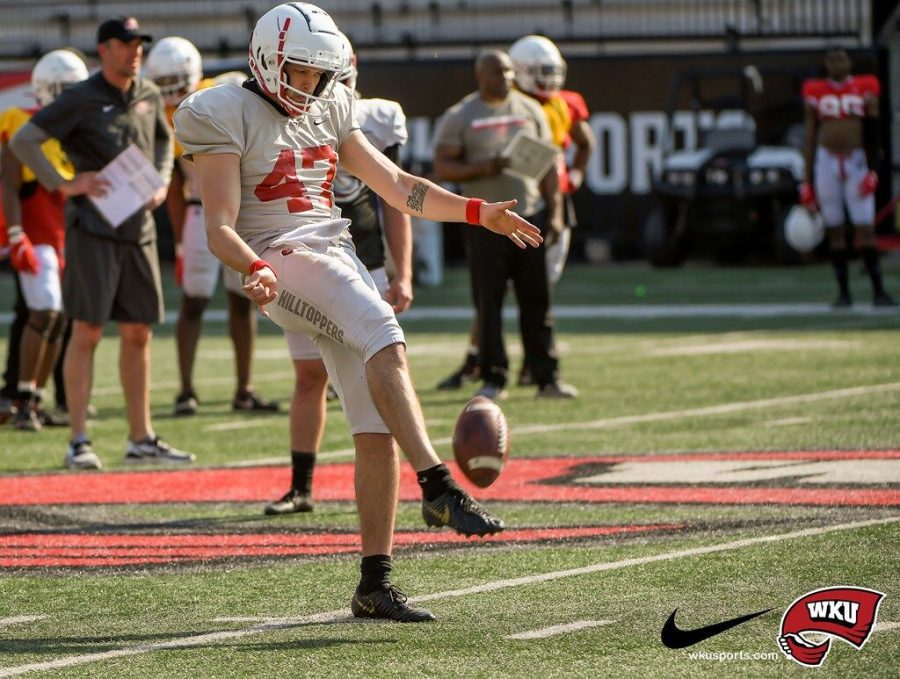 Haggerty was named to the First Team and Jones was placed on the Second Team. It marks the first time WKU Football has produced an Academic All-American since defensive back Brian Lowder in 2002 and the first time ever that the program has produced multiple honorees in one year.

Haggerty has kept a perfect 4.0 GPA during his Organizational Leadership graduate program, landing on the WKU President’s List for all five semesters and earning the C-USA Commissioner’s Academic Medal in both of the last two years. He was named to the CoSIDA Academic All-District II Team earlier in the year in order to qualify for the All-American ballot, the first member of WKU special teams to earn such an honor since kicker Peter Martinez back in 2002.

Jones earned his bachelor’s in Sport Management in just three years, graduating with a 3.75 GPA. He is currently working towards a master’s in Teaching with a focus in Special Education. Jones made the 2020 C-USA All-Academic Team and earned an All-District II nod this year as well for the second year in a row, making him the first WKU Football student-athlete to be recognized twice since defensive back Mark Santoro earned the honor back-to-back in 2009-10.

Jones and Haggerty are joined by Charlotte’s Tyriq Harris as the lone representatives of C-USA. Haggerty is just one of six student-athletes on the First Team with a perfect 4.00 GPA. WKU is one of just seven programs with more than one athlete on the list.

The full list of CoSIDA All-Americans can be found here.