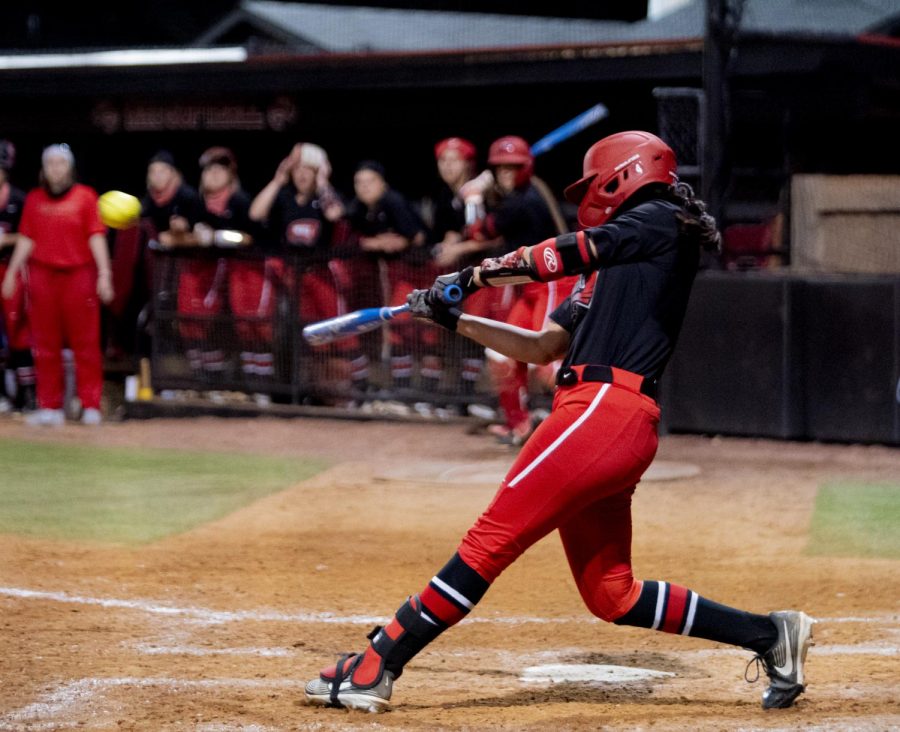 WKU pitcher, Kennedy Sullivan (4) hits a walk off hit in the 9th inning during the game against Kentucky on Wednesday, March 24, 2021.

Former WKU Softball two-way player Kennedy Sullivan announced via social media on Wednesday that she will be leaving the Hill to join the University of Kentucky’s softball program for the 2022 season.

I’m so excited to announce that I will be continuing my softball and academic career at the University of Kentucky 💙 I’m so thankful for this opportunity and can’t wait to be a Wildcat!!! #BBN pic.twitter.com/2f7hhCEbDg

Sullivan played a key role on both offense and in the circle during her time as a Hilltopper. Over the course of three seasons she threw 225.2 innings, striking out 285 batters and holding her opponents to a measly .191 batting average. Sullivan started 39 games, 13 of which were complete and seven of which were shutouts. She leaves WKU with a 2.79 career ERA.

Sullivan’s bat was an integral part of the Hilltoppers’ offense. She slashed .343/.384/.603 in 370 plate appearances, hitting 23 home runs, driving in 107 runs and striking out just 37 times. Ironically, it was Sullivan who supplied the walk-off single to down the Kentucky Wildcats 2-1 in extra innings back in March of this year. Sullivan’s work on the field helped to propel the Hilltoppers to the 2021 Conference USA Softball Championship where Sullivan earned MVP honors.

The two-way player joins a program that went 43-16 over the course of the 2021 season. The Wildcats won the Lexington Regional and earned a spot in an NCAA super regional against Alabama before their title hopes were cut short by the Crimson Tide.