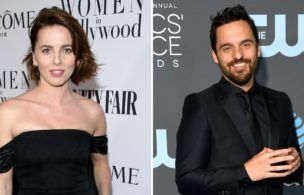 See Also‘Genera+ion’ Showrunners Tease What’s Next for the Teens of the HBO Max Dramedy
Plus, the family team of creators talk coming out, and how society views queerness.

“We fell in love with Ellen’s trunkful of male nudie magazines and her amazing vision for this funny and liberating series the second we heard it and knew we needed a bold network partner to let us bring it to the screen as honestly as possible,” Feig added.

“We are so excited about this series, which is fun, feminist, and wholly unique,” Sarah Aubrey, Head of Original Content, HBO Max said.

Minx joins other HBO Max Originals including Love Life (also produced by Feigco and Lionsgate Television), The Flight Attendant, the Sex and the City revival, and a reboot of Gossip Girl.