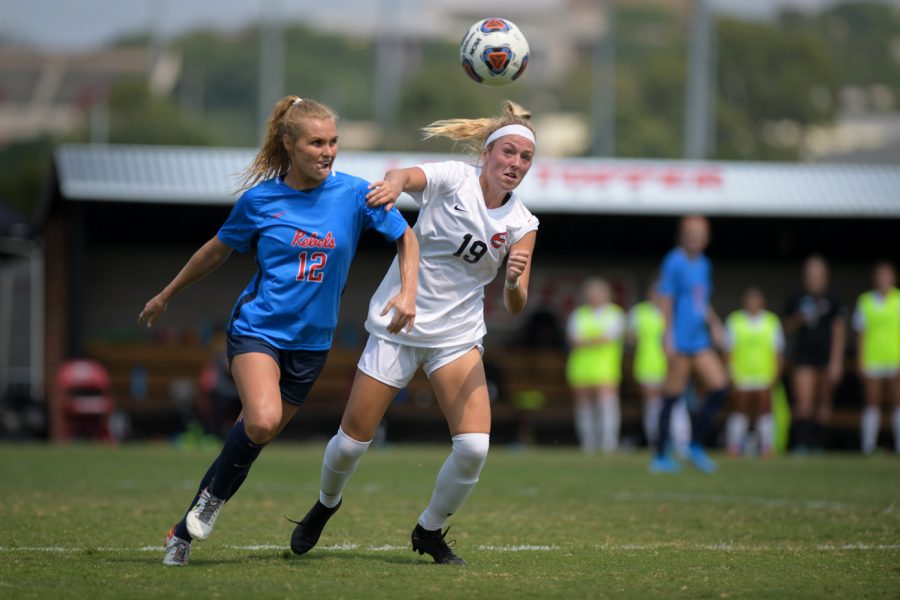 The Lady Toppers opened conference play on the road against Marshall this past Thursday, taking down the Thundering Herd 2-1 in overtime.

The Blue Raiders started off their season with a 2-0 shut out win over Tennessee Tech followed by a 1-1 tie with Austin Peay, a 1-0 win over Belmont and a 1-1 tie with Samford before suffering a 4-2 loss to Ole Miss. The Blue Raiders fell short against Evansville 3-2 the following week followed by two consecutive wins against Detroit Mercy and Houston Baptist before falling 2-1 to East Tennessee State. Middle Tennessee concluded their non-conference slate with a 2-1 win over Vanderbilt.

The Blue Raiders opened conference play in Murfreesboro, Tennessee on Thursday with a 3-2 win over FIU.

Sophomore forward Taylor Hamlett is another vital piece of the Blue Raiders’ offense with six points to her name coming from two goals and two assists.

The Lady Toppers will face off against the Blue Raiders on Sunday, Sept. 19 with opening kickoff coming at 6 p.m. CT.