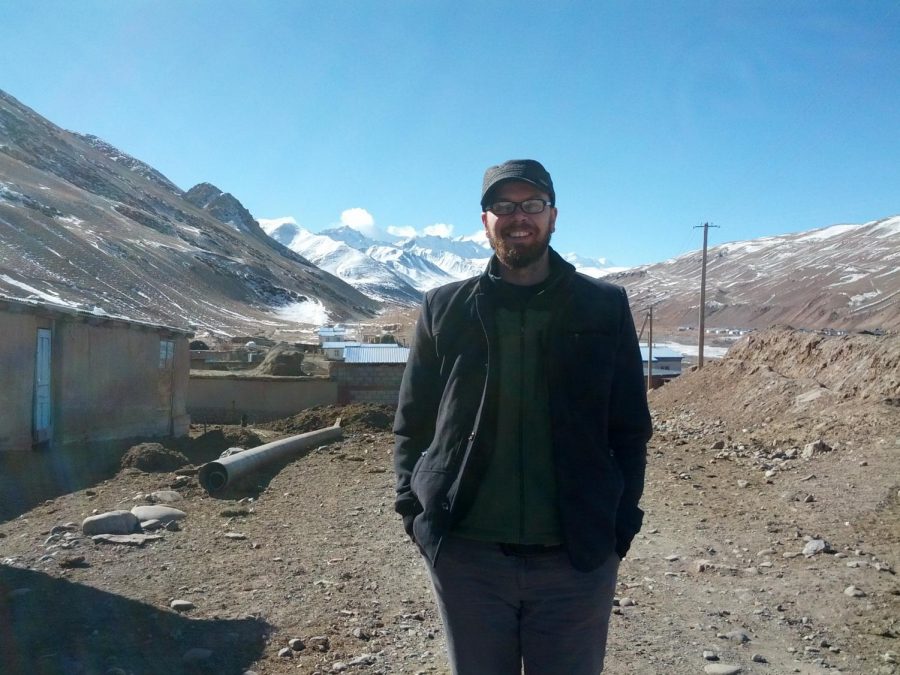 WKU welcomed a well-traveled professor into the English Department earlier this month.

Mark McAndrews is originally from Toronto, Canada, where he received his undergraduate in history and a minor in English.

From there he went to South Korea for a year to teach English as a second language.

“I had no training or background in teaching or linguistics at that point. It’s just something I fell into,” McAndrews said.

After his one year teaching in South Korea ended, he returned to Canada where he did a year education program at the University of Toronto.

Shortly after he taught physical education to a small tribe of approximately 450 Inuit people in Northern Quebec. It was a fly-in community, meaning there were no roads leading into the area.

“Being remote, the location was appealing to me,” McAndrews said.

Many Inuits are hesitant to speak any language other than Inuktitut, but after kindergarten, students in the community were able to decide whether to take classes in English or French for some classes.

McAndrews taught in both, while occasionally speaking small words or sayings in their language.

He was struck with the nature surrounding this closed community. He said it taught him an appreciation of nature.

“Unlike here [Bowling Green], there humans are not the most powerful force. Nature is,” McAndrews said.

“I was not interested in Applied Linguistics [before],” McAndrews said. “I wouldn’t have known what that was.”

After that, his academic journey took him to China where he taught English for roughly two years before returning home.

His journey, from Canada to China to the U.S, finally culminated in his employment at WKU.

He is a big believer in active learning, he said he sees it as a more engaging way of teaching students.

“It’s [active learning] opposed to where the student sits passively and quietly while the professor talks at them,” McAndrews said. “Let’s actively practice skills during the class time.”

This approach goes nicely with his flipped classroom idea where students learn the new material in an out of class environment and discuss, or perform, it in the classroom.

He said he is happy at WKU where his teaching is more than his research and publishing responsibilities. McAndrews currently lives in Auburn with his wife and two children.

“Other jobs would require a higher proportion of research and a lower proportion of teaching. Here it’s a bigger teaching load but a lower requirement of how much research and publishing” McAndrews said. “I enjoy doing research, but professionally speaking I would rather be teaching more.”