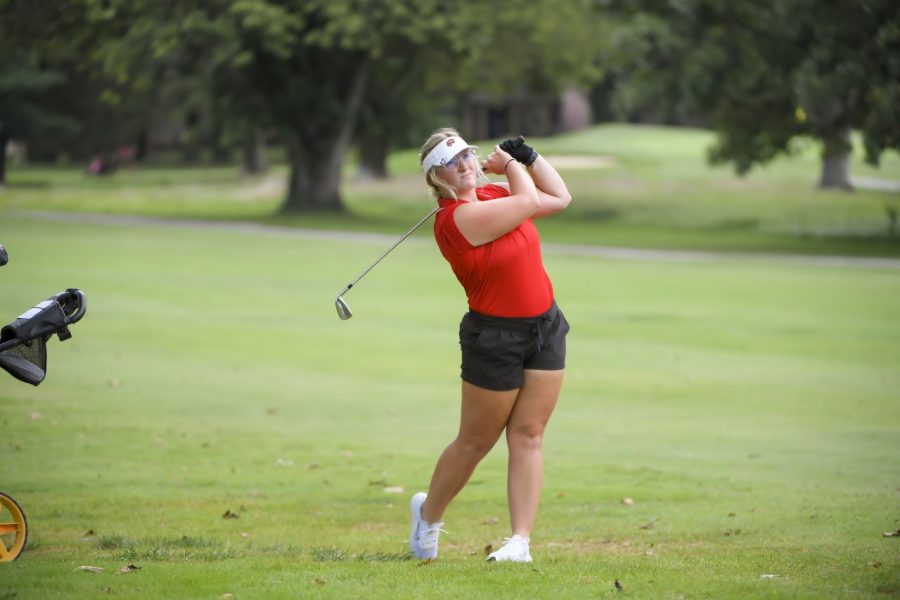 WKU senior Kenlie Barrett, a transfer from Sam Houston State, tied for eighth in the Old Stone Intercollegiate, posting a 54-hole score of 8-over 224.

The Lady Toppers ended the tournament with several great scores, including a top-ten finish from sophomore Rachel Rich and an overall team finish of sixth place.

Rich had an incredible weekend, shooting a 1-over 217 for the tournament as a whole and earning her first-ever top-ten finish, tying for 10th place. Rich started out her last round of the weekend with a birdie and finished with three more across her last four holes.

“The team improved round over round, and I’m really proud of the fight they gave,” head coach Adam Gary said in a press release. “We finished incredibly strong in our final nine today with 13 birdies across the last six holes. Rachel [Rich] added a great top-10 finish as well to boost the team’s performance. We’re looking forward to a few weeks of work before FIU.”

Other notable scores from the team included freshman Catie Craig’s 6-over 222 and senior Kenlie Barrett’s 7-over 223. The invitational marked both Craig and Barrett’s second times competing for the red and white.

Craig’s final round consisted of five birdies in her last six holes resulting in a tie for 22nd place, her first-ever top 25 appearance as a Lady Topper.

Next, the Lady Toppers will travel to Sarasota, Florida for the Pat Bradley Invitational hosted by Florida International University on Oct. 16-18.

*competing as an individual