Baseball returns to the Hill for limited fall ball schedule 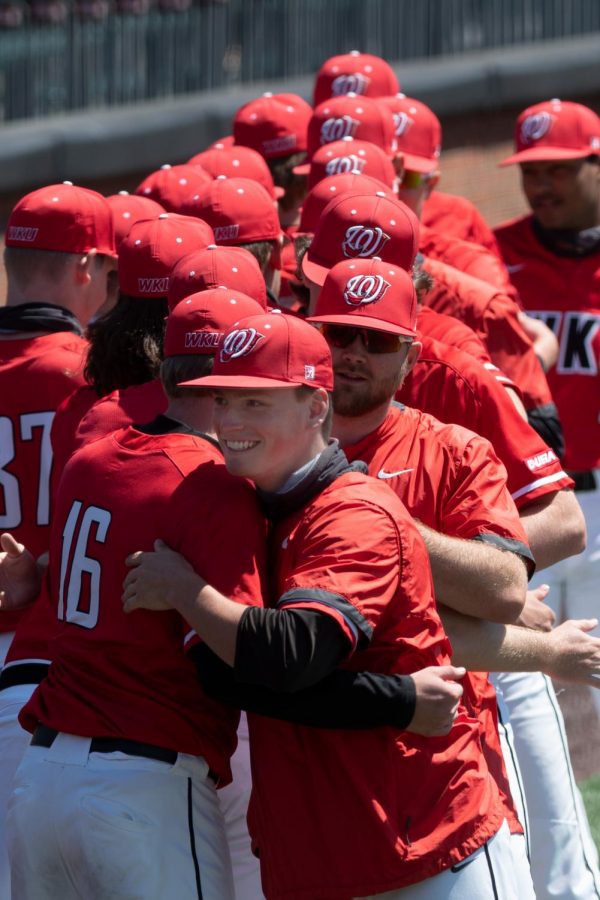 The WKU Hilltoppers baseball team embrace one another before their game against Marshall College on April 11, 2021 at Nick Denes Field where WKU won 8-1.

The Hilltoppers are scheduled to compete against just two opponents during the limited run, Austin Peay and Evansville. WKU will face the Governors at home before playing the Aces on the road. WKU’s game against Austin Peay will be free for the public to attend.

WKU will open the fall season on Saturday, Oct. 2 at 1 p.m. CT against Austin Peay at Nick Denes Field. The game will be 15 innings in length instead of the standard 9 to provide both teams the opportunity to utilize their full rosters during the competition.

The Hilltoppers will conclude their brief slate of fall play with an 11 a.m. CT road game against Evansville on Saturday, Oct. 9.