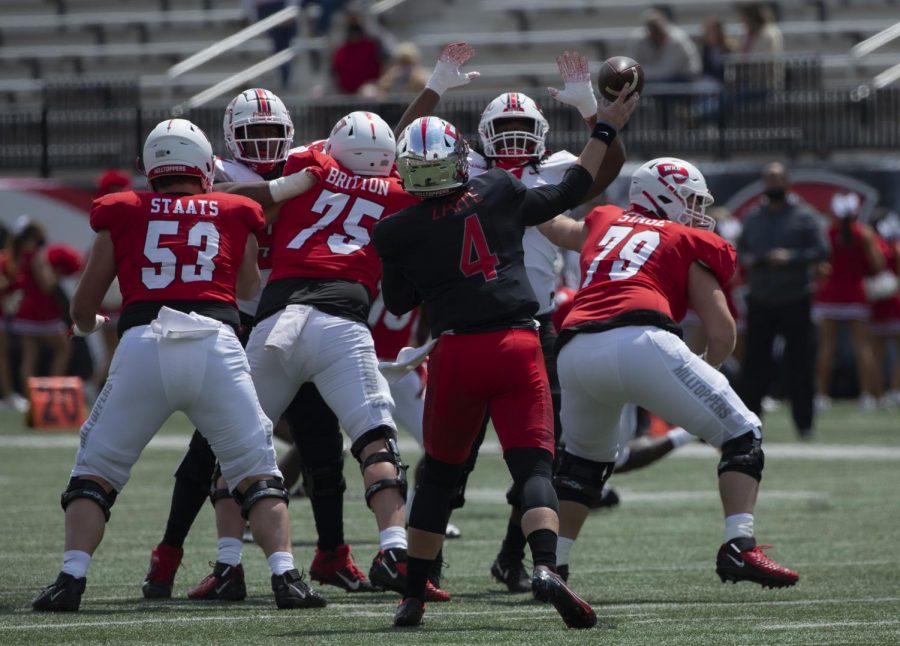 WKU quarterback Bailey Zappe unleashes a pass during the Hilltoppers' spring game back in April.

WKU quarterback Bailey Zappe continued his stellar season with a 488-yard outing against the No. 17 Michigan State Spartans on Saturday night. Despite falling to MSU 48-31, Zappe’s offensive performance earned the Victoria, Texas native his second Conference USA Offensive Player of the Week award of the season on Monday.

Zappe is accompanied by Brandon Doughty and Mike White as the only Hilltopper quarterbacks to win the honor multiple times.

Zappe’s 488 yards against the Spartans was the third-most damage an opposing quarterback has done to MSU’s defense since 2000. Zappe already owns three of the top 14 passing performances in Hilltopper history along with his 424 yards against UT Martin and 435 against Army.

WKU’s gunslinger has been impressively accurate with the football this year and has not thrown an interception across his last 144 passes, the third-longest streak in program history. Only Tyrell Pigrome (279 passes, 2020) and Mike White (161 passes, 2017) have been perfect for longer.

Zappe threw for more touchdowns in WKU’s first two games this season than the Hilltopper offense as a whole did in all of 2020. He has completed 70% or more of his passes in all four games this year, a feat that starting quarterback Pigrome accomplished just once in 2020.

Football reporter Wyatt Sparkman can be reached at [email protected] Follow him on Twitter @wyattsparkman3. Sports Editor Jake Moore contributed to this article.