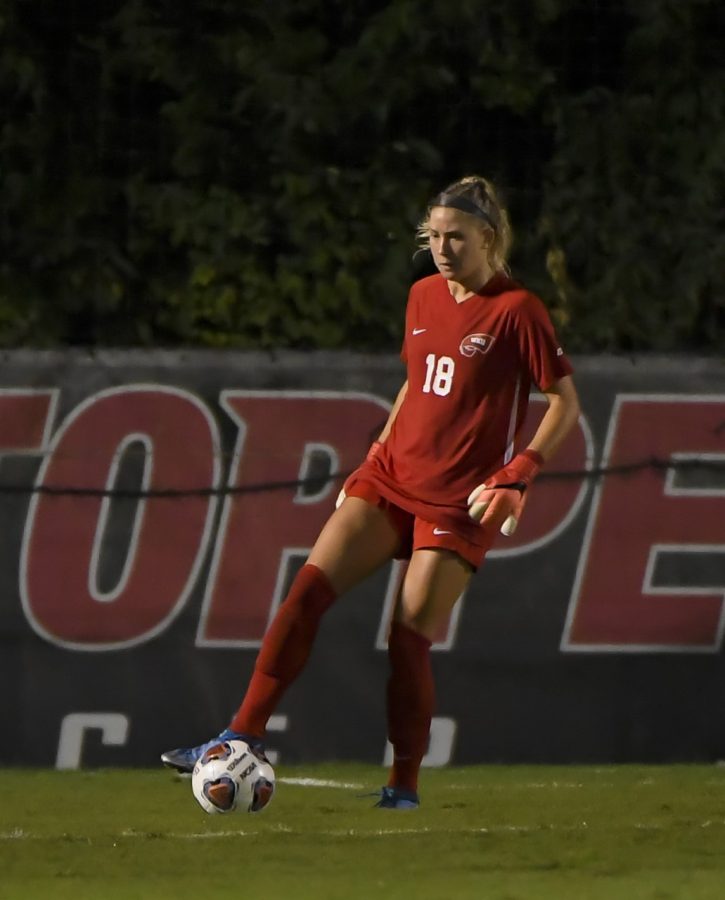 WKU graduate goalkeeper Alexis Bach was named the Conference USA Goalkeeper of the Week, the league announced Tuesday. The award was Bach’s first weekly conference honor as a Lady Topper.

Bach’s five shutouts are the second most among all C-USA keepers and 25th-most in the nation. Bach has a 0.54 goals against average this season, a mark that leads the conference and ranks 19th in the country. Bach also holds a 87.2 save percentage, the best percentage in C-USA and 18th in the nation. She has 34 total saves so far this season.

The Lady Toppers are back in action on Friday, Oct. 8 to host the Old Dominion Monarchs at the WKU Soccer Complex at 6 p.m. CT. Both teams are currently tied for the top spot in the East Division of C-USA.