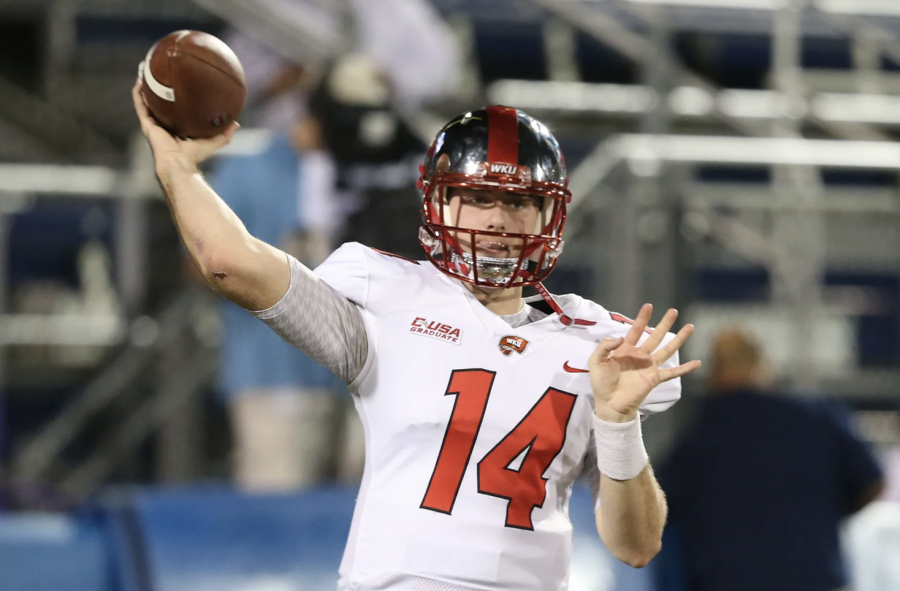 Former WKU quarterback Mike White had a game for the ages in his first-ever NFL start on Sunday.

Hilltopper fans got a double dose of WKU Football action this weekend as former quarterback Mike White scorched the Cincinnati Bengals in his first-ever NFL start.

White filled in for the injured Zach Wilson and lead the New York Jets to a thrilling 34-31 victory.

White threw for 405 yards on 37-of-45 pass attempts to go along with three scores and two interceptions. His performance marked the first time since 1950 that a quarterback has thrown for over 400 yards and three touchdowns in their NFL debut.

White also caught a two-point conversion after the go-ahead score late in the fourth quarter. His heroics were met with raucous applause from the crowd at MetLife Stadium.

“We’ve been practicing that for weeks now and we finally got into a situation where we could call it,” White told reporters after the game. “We get to the line and I see it’s the perfect look, and mentally I’m like, ‘alright, let’s see what you got here’… The things that went through my mind in those two seconds were ‘don’t drop it, don’t drop it, you’re in front of everybody, don’t drop it.”

White was a member of WKU’s football program from 2015-17, earning the starting job for his last two years as a Hilltopper. He led his team to its second consecutive Conference USA championship in his first season at the helm.

He compiled 63 touchdowns during his time on the Hill and was drafted by the Dallas Cowboys in the fifth round of the 2018 NFL Draft with the 171st overall pick. The Jets look to be in good hands while Wilson recovers.