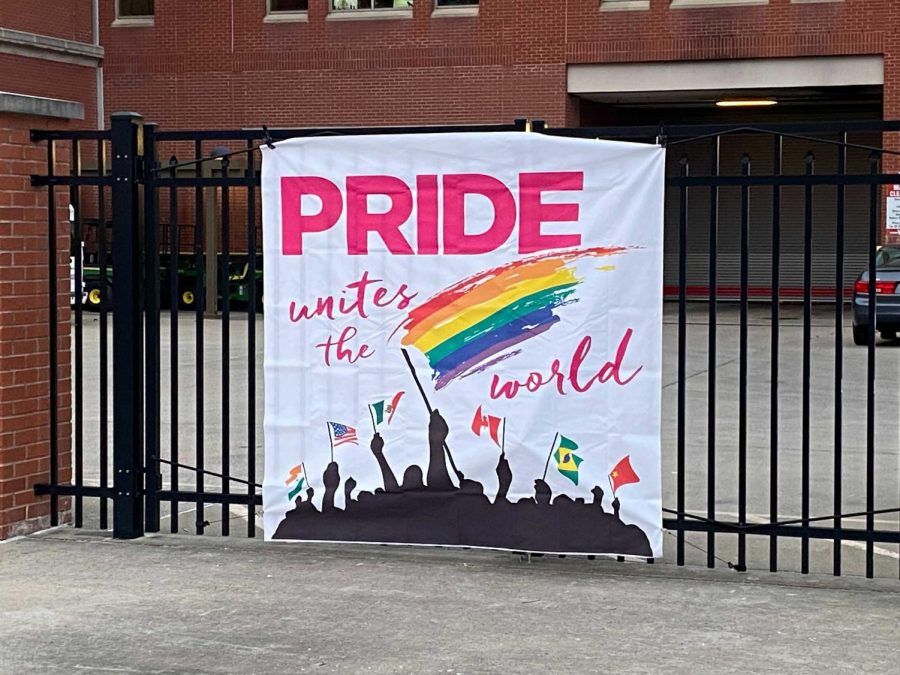 WKU’s Campus Pride Index has increased to 4.5 stars, a 2.5 point increase since WKU first implemented the tool in 2016.

The Campus Pride Index website describes the index as a “benchmarking tool for colleges and universities to create safer, more inclusive campus communities.”

Molly Kerby, assistant provost for institutional effectiveness and co-chief diversity officer, said WKU has become more inclusive for LGBTQ+ students, which has been reflected in the recent index score.

“I don’t want to just roll things out that would improve student experiences without the students having input,” Kerby said. “In the spring, we want to do a campus climate survey for students. I would like to put some open ended questions in there and see what students would like to see happen on campus.”

Alastair Flowers, a sophomore at WKU and programing director for the Queer Student Union, said the Pride Index score is a good representation of inclusivity on campus.

“I think that a 4.5 star rating is something that is definitely well earned by a lot of organizations on campus that have really tried their best to make this a more accepting place for other people,” Flowers said.

“We have really amazing things like the lavender ceremony, which is essentially where queer students are able to have their own graduation before official graduation,” Flowers said.

Flowers said programs like these are really helpful for students that might be closeted or can not have their chosen name announced at graduation.

Flowers encourages other LGBTQ+ students to make friends on campus and utilize campus resources. Flowers said students can take advantage of safe spaces on campus and look to the WKU Pride Page for a list of allies and safe space teachers.

Dare Cima, a junior majoring in geology, is the recruitment lead for the WKU Young Democratic Socialists of America.

Cima said WKU puts up “a false screen of inclusivity” that makes the campus look better when students are applying.

However, Cima said the Pride Center, ISEC, and the Queer Alumni are good about taking care of queer students.

“We’re grateful for what we have, but queer students should feel safe everywhere on campus, not just in one room,” Cima said.

Kerby said administration takes harassment very seriously and if students want to report their experience they can do so at  WKU Report It site.

Kerby said that if the perpetrators of harassment are WKU students, then reports can be made directly to Michael Crowe, director of student conduct, or Martha Sales, dean of students.

Dylan Wilson, a freshman majoring in visual studies, said WKU could be more inclusive by hiring a more diverse staff.

“I’ve noticed that most of my professors are middle aged white people, and I feel like hiring more LGBTQ professors, Black professors or Hispanic professors would make things more diverse,” Wilson said.

Wilson said the Pride Center has been a safe place for him and students in the LGBTQ+ community.

“It’s a place where we don’t have to worry about being hate crimed or having someone say something mean to us,” Wilson said.