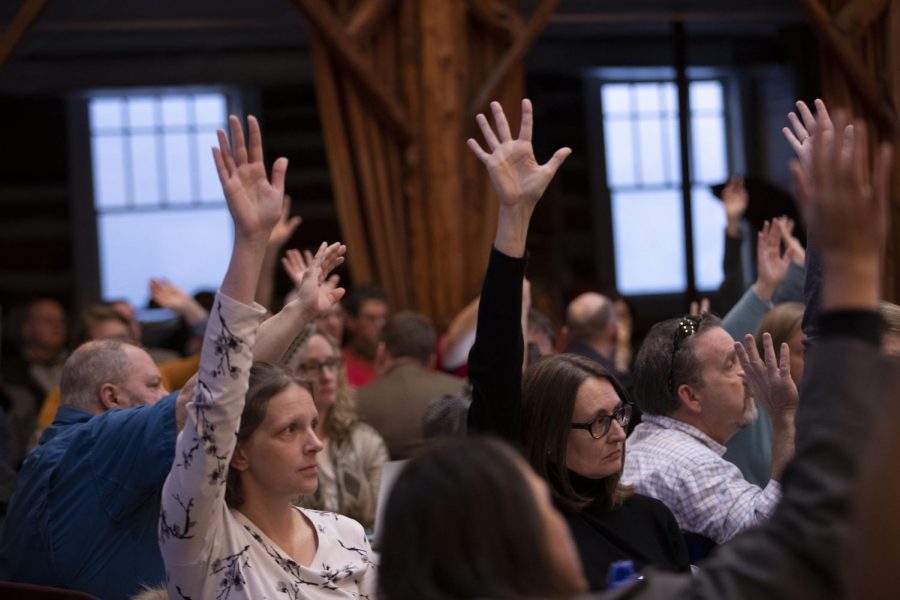 The Faculty Senate discussed SITE, or end of semester student evaluations, the faculty raise pool and faculty fellows at their Thursday meeting.

One of the new questions included “My instructor treated me equitably with regard to race, age, sex, religion, national origin, disability, gender identity, and sexual orientation.”

“We’re putting an awful lot of time into developing an instrument that students don’t respond to anymore,” Mac McKerral, journalism professor, said. “The response rates for SITEs is just incredibly low. In the last few semesters in my classes, they aren’t even earning enough responses to make the information worthwhile. Other than if someone writes comments, and I pay pretty close attention to those.”

The majority of the senate, 68%, voted to table the revised SITE questions, while 24% voted no and 8% voted to abstain.

“I can’t seem to find anywhere who these fellows are, how they’re chosen, what their duties are,” McKerral said.

The faculty fellowship is a two-year, part-time appointment in the dean’s office. According to WKU’s website, the fellowship “allows interested faculty to gain experience in college administration by working closely with the Dean of the college and staff of the office.”

McKerral focused on responsibilities of faculty fellows and how they impact the dean’s job.

“It just seems to me that somebody who’s making nearly $200,000 a year might find time to do what might be one of their most important duties,” McKerral said.

April Murphy, a College of Health and Human Sciences faculty fellow and secretary of faculty senate, said choosing the faculty fellow is not “a random selection,” but that there is an entire interview process to be considered for the position.

“The dean is still evaluating the faculty and fulfilling her role in providing feedback and comments,” Murphy said.

The November budget and finance report said Provost Bud Fischer said 1.5% of the salary pool will be distributed as “across the board increases, while the remaining amount will be used for market adjustment for people extremely out of established pay ranges.” The increases will occur in January and market adjustments are planned for March.

The senate approved to bundle the budget and finance committee reports and approved the October and November reports as posted.