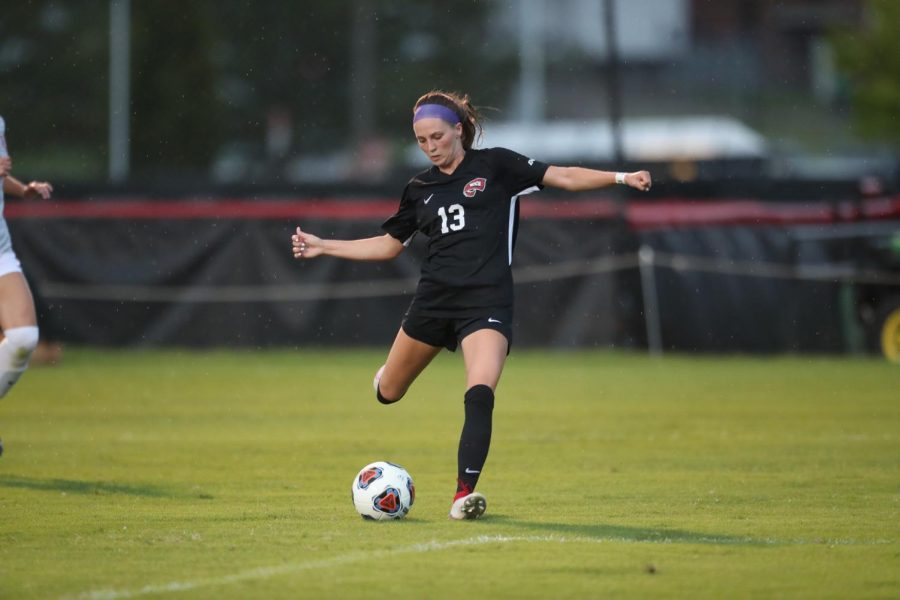 Junior forward Katie Erwin lines up a kick during her five-point performance against Union University on Aug. 21, 2021 at the WKU Soccer complex.

This is the first time either have received this award and one of many accomplishments the duo have earned this year.

The honor of obtaining this most recent award comes just after Jacobsen graduated from WKU with a bachelor’s degree in exercise science. Erwin is continuing her work towards a bachelor’s in civil engineering.

Jacobsen finished out a memorable 2021 season that left her with the most career starts in program history (74) and tied for the 10th-most games played by a WKU player (80). Alongside Jacobsen, Erwin also finished the season tied with her teammate as the team’s leading assist earner with four.

Erwin was also the Hilltoppers’ leading scorer, tallying 12 points total in the 2021 season.