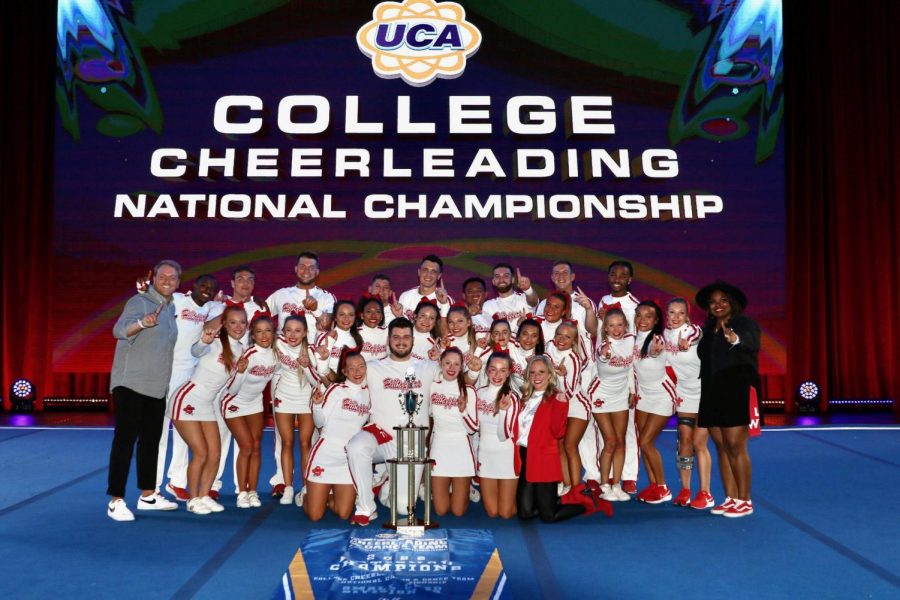 WKU Cheer claimed its first coed national championship in program history over the weekend after competing in the 2022 D1A Small Coed Division of the UCA Collegiate National Championship on Saturday in Orlando, Florida.

The team finished the semifinals in first place with an event score of 86.2, then went on to claim the national title in the finals with a 92.7 event score with zero deductions.

WKU Cheer’s All Girl team barely lost the National Championship to Alabama by just a fraction of a point, finishing with an event score of 91.3 to become the national runner-up on Sunday.

“In a normal season of cheerleading, these athletes have 365 days to improve upon skills and prepare for the following year’s competition,” Lumpkin said. “It has been less than nine months from the 2021 national competition that the current athletes had to prepare for the 2022 collegiate national championship. WKU Cheer is bringing home a first-place finish in D1A Small Coed Division and a runner-up finish in the D1A All Girl Division.”

“As a program we are determined to make ourselves prominent as a top-three finalist in the years to come.” Lumpkin continued. “We are grateful for the support from our community, university, alumni and most importantly President Caboni and Director of Athletics Todd Stewart. WKU Cheer is just getting started creating a dynasty of their own.”

WKU Cheer had two couples compete in the partner stunt portion of the competition, which each group had to qualify for through video submission in order to compete in the final round competition in Orlando. Nick Jansen and Makayla Bizzell took home a fourth place finish, while Dakota Finerman and Samantha Terry claimed sixth place.