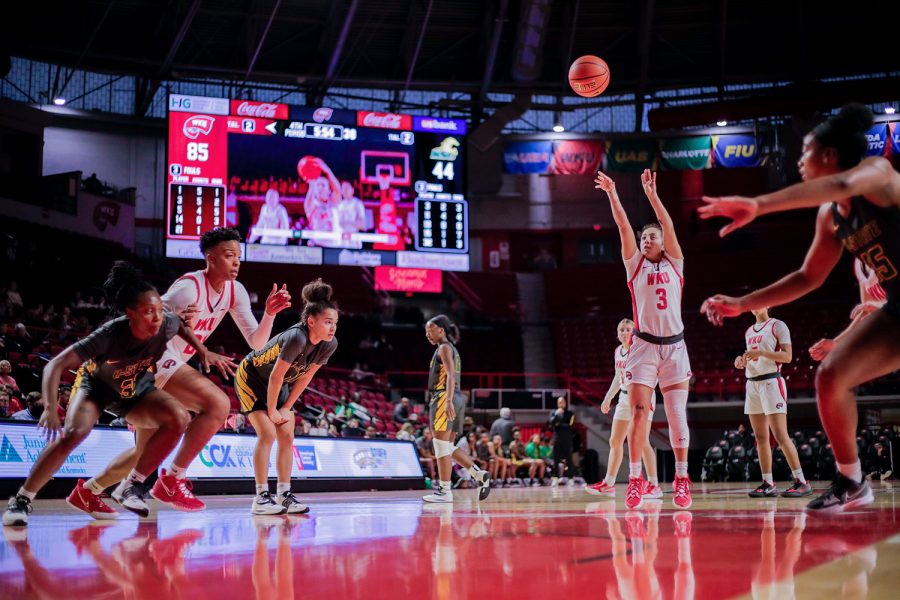 The Lady Toppers took on the KSU Thorobrettes in a regular season matchup on Nov. 21, 2021 at Diddle Arena.

The Lady Toppers’ game against the Florida Atlantic Owls has been changed from 11 a.m. to 1 p.m. CT due to snow in the Bowling Green area.

This is the first home game for WKU since beating Louisiana Tech 64-50 on Jan. 1. The Lady Toppers are riding hot going into this game with a seven-game win streak, while holding three of their last four opponents to under 60 points.

WKU is offering free admission into the game for anyone that shows up.