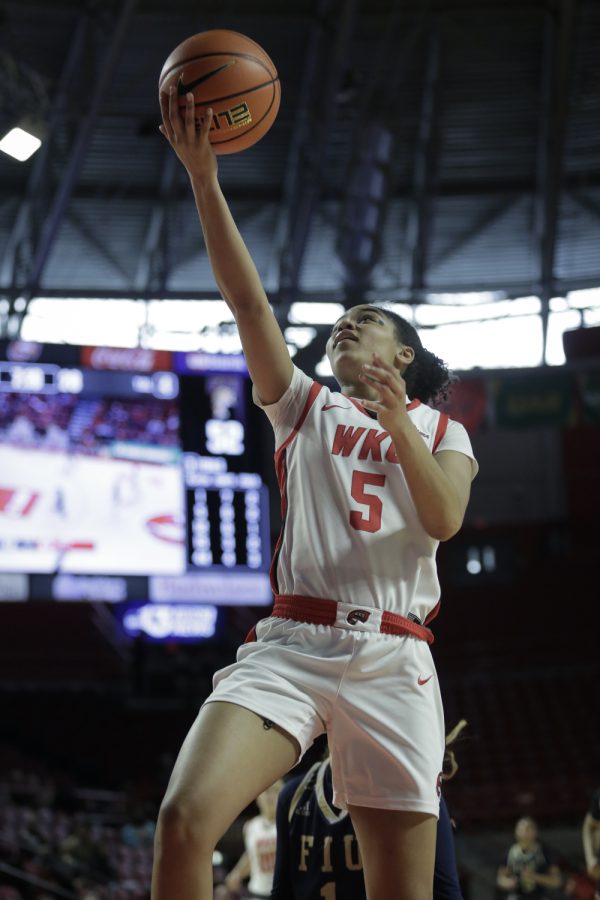 WKU Lady Topper freshman guard Mya Meredith (5) sails toward the basket for a layup Saturday afternoon, Jan. 22 of 2022 during a match against the FIU Panthers in Diddle Arena. FIU lost the match 87-66.

The Lady Toppers are on a nine-game win streak, and Meredith can be credited with a large portion of this success. On Thursday against FAU she led all scorers with 12 points and shot 3-of-4 from behind the arc. Two days later she scored 16 points against FIU, grabbing five rebounds and five steals in the process.

The Taylor Mill native leads all C-USA freshmen in scoring. Meredith averages 13.5 points per game while shooting an efficient 47.4% from the field.

Since the start of conference play, Meredith has increased her level of play. Her points-per-game mark has risen to 16.7 and her field goal percentage has jumped up to 50.6% while shooting 51.4% from behind the arc.

Meredith and the Lady Toppers are rolling and will have their nine-game win streak challenged on the road against UAB Wednesday. WKU will then travel to Middle Tennessee Saturday for a game at 3 p.m.