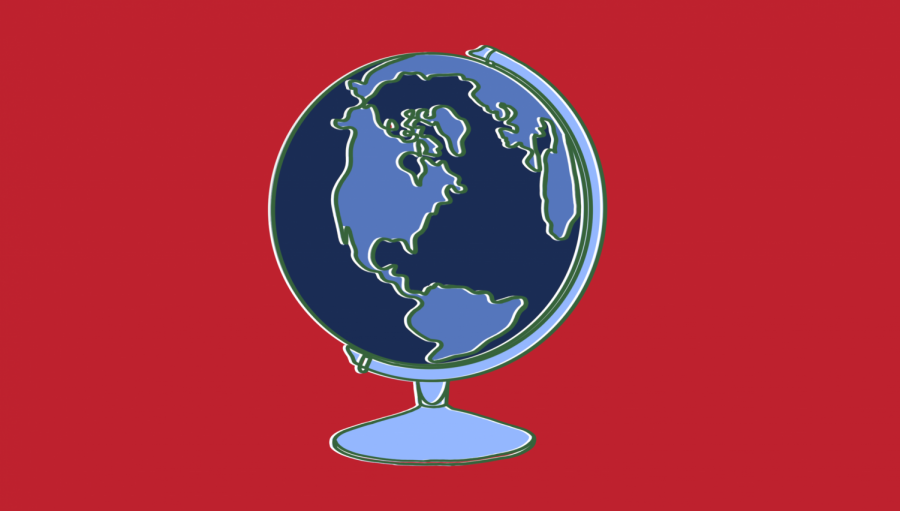 They can shed light on political relationships and humanitarian issues and keep you up-to-date on global events.

Here is a quick look at some global events that made the news last week:
Tensions continue to mount between Russia and Ukraine
Western Europe and the U.S. are stepping up preparations for any Russian military action in Ukraine on Tuesday, according to Reuters.

Britain and other Western Europe countries are preparing to impose economic sanctions in the event of Russian military action, the article states.

On Monday, NATO said it is putting forces on standby and that fighter jets and ships are reinforcing parts of Eastern Europe, according to the article.

Ukraine’s president Volodymyr Zelensky urged his people to remain calm and that work was underway to establish a meeting between Russia, Germany and France, Reuters states.

“There are no rose-coloured glasses, no childish illusions, everything is not simple…. But there is hope,” he said.

Ukraine’s Foreign Minister Dmytro Kuleba said in a CNN interview Tuesday that they will not accept any concessions with the Russians as attempts to de-escalate the situation continue.

“If anyone makes a concession on Ukraine, behind Ukraine’s back, first, we will not accept that,” Kuleba said. “We will not be in the position of the country that picks up the phone, hears the instruction of the big power and follows it. We paid a lot — including 15,000 lives of our citizens — to secure the right to decide our own future, our own destiny.”

The Kremlin denies planning to attack Ukraine and said they are watching with “great concern,” according to Reuters.

The Kremlin blames NATO for escalating the problem in Eastern Europe and maintains that Ukraine constitutes a military issue on Russia’s western flank, according to a CNN article.

Kuleba said he has “no doubt” that the U.S. will defend Ukraine despite Biden’s comments that a “small incursion” might not evoke a severe response, CNN reports.

“First, President Biden is personally committed to Ukraine,” Kuleba said. “He knows this country, and he doesn’t want Russia to destroy it. Second, we heard from those U.S. officials, speaking openly to the media, but also speaking to me and to other Ukrainian officials directly on the phone, that the United States will remain absolutely committed to slashing Russia if any type of incursion, invasion [or] interference takes place.”

Western leaders say unity is vital to success as differing opinions spring up between them, according to Reuters.

“It is absolutely vital that… the West is united now, because it is our unity now that will be much more effective in deterring any Russian aggression,” British Prime Minister Boris Johnson told Parliament.
Canadian foreign affairs department targeted in cyberattack
What is being called a “cyber incident” was first detected last week, according to a CNN article.

The attack interfered with some of the department’s “internet-based services,” CNN reports.

As of Monday, Canadian cybersecurity officials were working to restore those services, the article states.

According to the Treasury Board of Canada Secretariat, “critical services for Canadians” through the foreign affairs department were not affected, according to the article.

“At this time, there is no indication that any other government departments have been impacted by this incident,” the statement said.

The department of foreign affairs is responsible for diplomatic and global relations, according to a similar ABC article.

The attack comes as Russian-Ukraine tensions continue to rise, paired with Canada warning that the Russians may use cyberattacks on Ukraine, stated an ABC article.

“Given this investigation is ongoing, we are unable to comment further on any specific details for operational reasons,” Alain Belle-Isle, treasury spokesman, said in an email.
Police investigate multiple potential offenses at Prime Minister’s residence
British police announced on Tuesday that they would investigate allegations of “lockdown parties” at Prime Minister Boris Johnson’s official residence, according to a Reuters article.

This stems from allegations that Johnson and his staff breached the COVID-19 measures as he and his staff partied in his Downing Street residence, Reuters states.

According to Reuters, Johnson’s office originally described the gathering as a brief gathering that “lasted less than 10 minutes” to wish the PM a happy birthday.

“I welcome the Met’s [London Metropolitan Police] decision to conduct its own investigation because I believe this will help to give the public the clarity it needs and help to draw a line under matters,” Johnson told Parliament.

“As a result firstly of information provided by the Cabinet Office inquiry team and secondly my officers’ own assessment, I can confirm that the Met is now investigating a number of events that took place at Downing Street and Whitehall in the last two years in relation to potential breaches of COVID-19 regulations,” she said.

Benjamin Briere, 36, was an avid traveler who liked to take pictures to document his travels, coverage of France24, a French news agency, reports.

Briere has been in custody since May 2020 when he was arrested for flying a drone in a desert on the Turkmenistan-Iranian border, Reuters reports.

According to Reuters, Briere’s lawyer said the trial was a “politically motivated sham.”

“Benjamin Briere obviously did not — nor ever — benefit from any form of fair trial before impartial judges…This ruling is the result of a purely political process,” Briere’s lawyer said.

According to Reuters, eight months were added to the sentence for “propaganda against the Islamic Republic.”

His sentence comes at a sensitive time for the U.S., who is re-negotiating the nuclear deal that was abandoned by former President Trump, according to the article.