Pawlowski signs extension with WKU through 2025 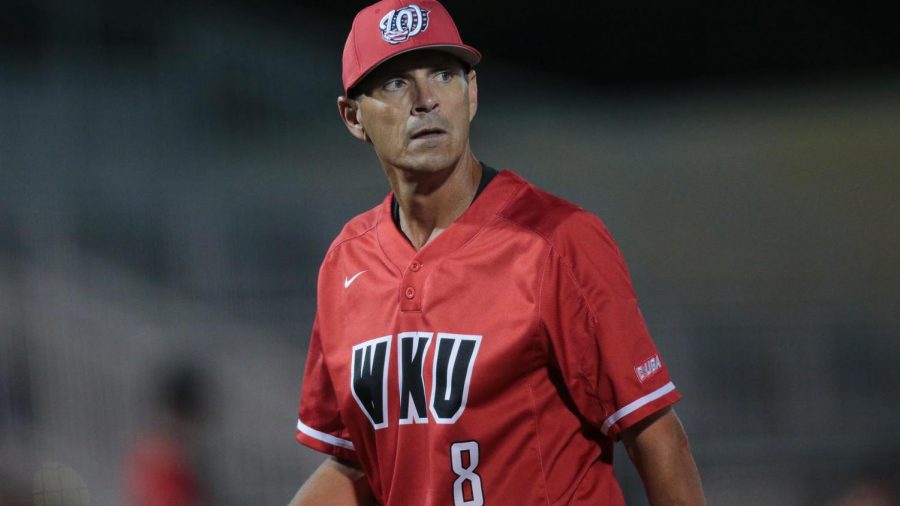 WKU Baseball announced Thursday that head coach John Pawlowski agreed to extend his contract through the 2025 season after WKU’s Board of Regents unanimously approved his extension on Dec. 10.

“It’s a great honor and privilege to be a part of Western Kentucky University and this baseball program,” Pawlowski said. “I would like to thank Todd Stewart and President Caboni for the continued support and opportunity to lead this program. I am very proud of the players, coaches and support staff for the work they have done to carry on the tradition of WKU Baseball.”

Pawlowski is entering his seventh season at WKU. Throughout his six years, Pawlowski has led the Hilltoppers to over 120 wins. He has tallied an impressive 629 total wins through his 20 years as a Division I head coach.

Pawlowski built an impressive resume before his time on the Hill, coaching at College of Charleston and Auburn. Pawlowski led the Tigers to a SEC West Division Championship in 2010. Additionally, he worked as an assistant coach for Clemson, Arizona State and San Diego State.

He has continued to succeed at a high level since his arrival in Bowling Green, leading the Hilltoppers to their first two Conference USA Tournament wins in back-to-back years. He has also picked up big wins against Power 5 opponents like Kentucky, Purdue, Georgia and Tennessee.

Pawlowski has seen 84 of his players get drafted into the MLB, 51 of those as pitchers. These players are highlighted by long-time New York Yankees outfielder Brett Gardner, who Pawlowski coached at the College of Charleston.

Pawlowski has had four former WKU players selected in the MLB Draft, two of which signed minor league deals.

The Hilltoppers are set to take on Western Illinois on Feb. 18 at 3 p.m. at Nick Denes Field.