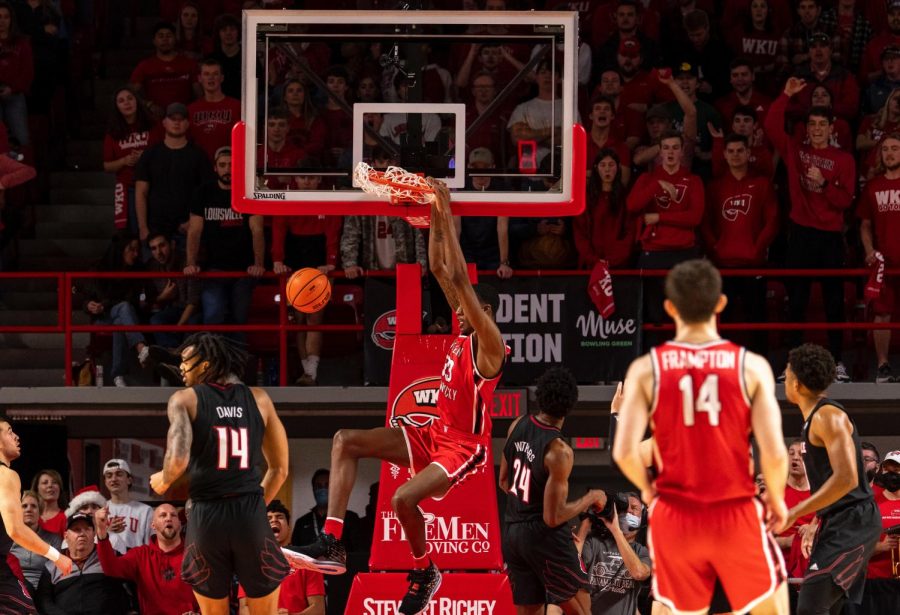 WKU center Jamarion Sharp (33) dunks to give WKU a point during the WKU v University of Louisville basketball game at Diddle Arena on Dec. 18, 2021.

Sharp is one of just five players from outside the Power Five on the watch list for the award, given annually to the nation’s top defensive men’s player. The big man leads the nation in blocked shots per game and total blocks.

Being the tallest player in the country has its perks, as he’s averaging 9.5 points, 7.7 rebounds and 4.9 blocks per game while shooting 76.8% from the field since entering the starting lineup against Alabama A&M. He has more solo blocks this season than 292 Division I programs have as a team.

The junior is one of only 13 players in Division I basketball to post a triple-double this season. He did it in his first start, which was only the third in program history and the first with points, rebounds and blocks.

Sharp joins former Hilltopper and current Philadelphia 76er Charles Bassey as the only WKU players to ever be named to the Naismith Defensive Player of the Year Watch List.