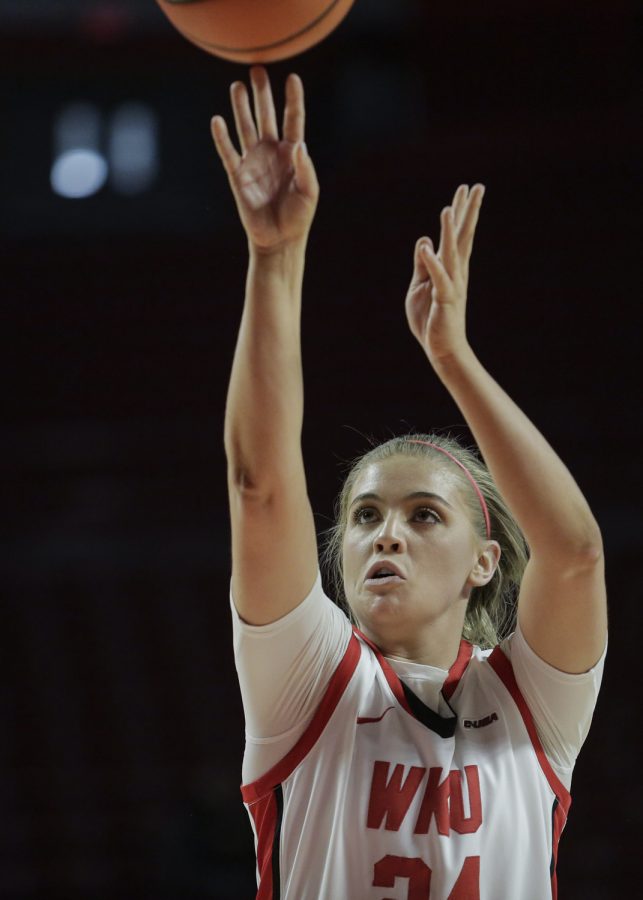 The WKU offense was uncharacteristically bad, shooting 26-of-63 (36.5%) from the field and 7-of-24 (29.2%) from behind the three-point line. UAB controlled the pace of the game from the start of the second quarter where it outscored WKU 26-14.

The Lady Toppers only scored 14 fast-break points and were painfully outrebounded by the Blazers 50-35. WKU struggled from the free-throw line, shooting 17-of-28 (60.7%).

The Lady Toppers were outplayed on both ends of the floor. WKU head coach Greg Collins looked for answers to counter UAB’s size by going small in the second half.

“We shot horribly. We didn’t shoot the ball well at all,” Collins said. “We let number 11 get off in the first half, but we really got hammered on the boards. We kept getting beat over and over again, and we tried to spread them out late in the game and get some baskets at the free throw line and hit some threes but we couldn’t get enough of that. We couldn’t get stops.”

The Lady Toppers had a hard time getting stops, only mustering seven steals, blocking two shots and forcing 17 turnovers.

UAB freshman Emily Klaczek was on fire all night. She scored a career-high 26 points on 9-of-15 from the field and 6-of-9 from the three-point line.

“The battle was in the post, and we just had a hard time keeping the ball out of there when it got in there,” Collins said. “We could have helped ourselves and shot the ball better, but you can survive bad shooting nights if you get stops on the defensive end, but we weren’t able to do [that].”

Meredith had 13 points despite shooting 3-of-12 (25%) from the field. Mead scored 17 points, grabbed six rebounds and dished out five assists. The Lady Topper bench only accumulated one point in the loss.

Freshman Macey Blevins scored the first three points of the game for WKU. The Lady Toppers held the Blazers to 1-of-6 (16%) shooting from the three-point line in the first quarter.

UAB began the second quarter on a 8-0 scoring run, forcing Collins to call a timeout at the 8:45 mark.