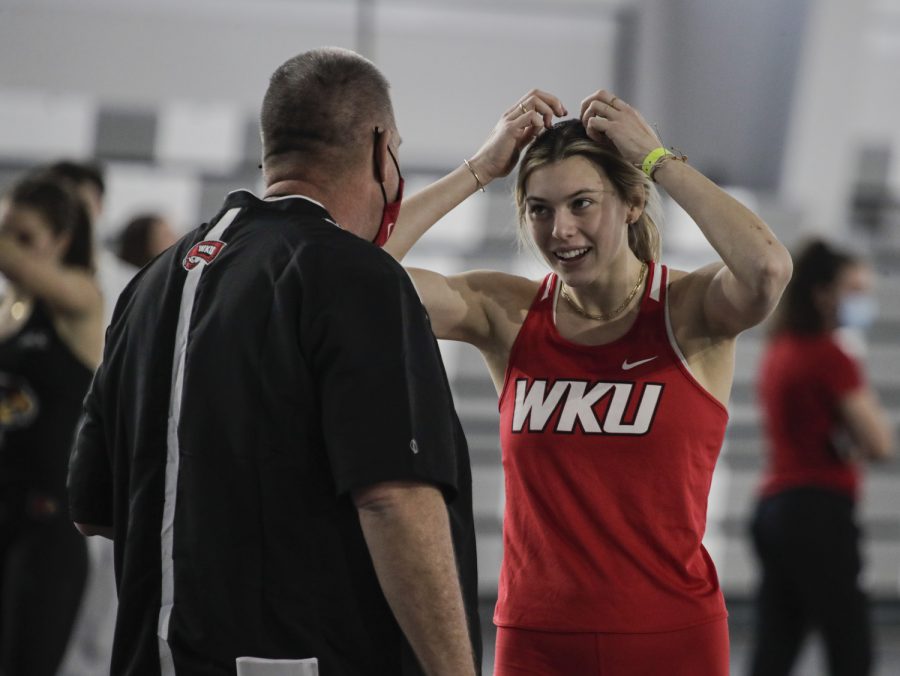 WKU Hilltoppers’ senior Katie Isenbarger shares an excited moment with Brent Chumbley, head coach for cross-country, track and field, after setting a personal record for high-jump at the Lenny Lyles Invitational track and field meet Saturday, Jan. 28 of 2022 at the Norton Healthcare Sports and Learning Center in Louisville, Kentucky.

She was awarded for her record-breaking indoor high jump in Louisville Saturday at the PNC Lenny Lyles Invitational. This was her first high jump competition in almost two years.

Isenbarger was also named C-USA Volleyball’s Defensive Player of the Week on Oct. 25.

This is the second weekly honor of the indoor season for WKU, as fifth-year senior Savannah Heckman won C-USA Female Track Athlete of the Week last week.

WKU will be back in Louisville facing off against Bellarmine on Feb. 4.

Sports Reporter Adi Schanie can be reached at [email protected].