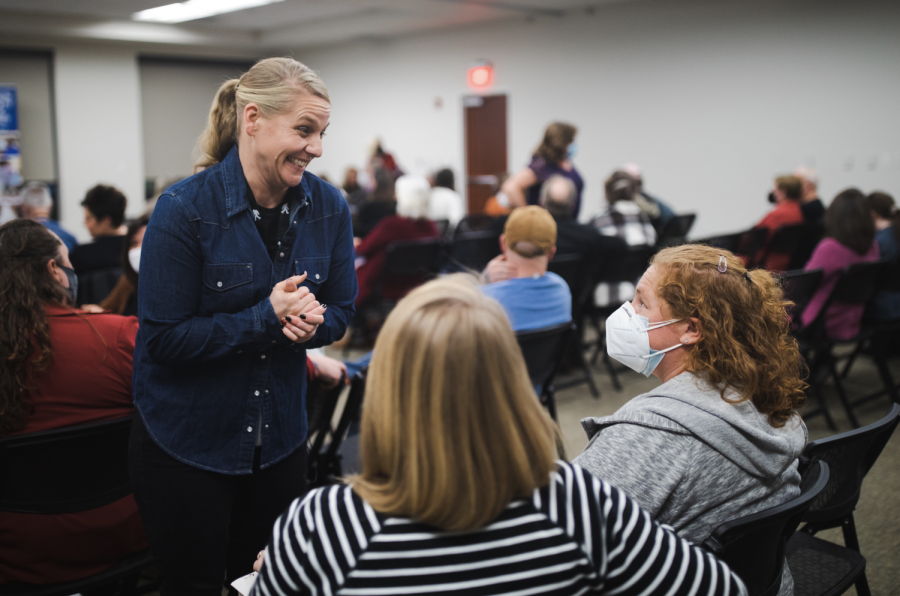 Courtney "Court" Stevens is an author from Bandana, Kentucky who has published many books in her time as an author. Her latest book is called "We Were Kings". She spoke about her book in a crowed room of spectators and fans at the Warren County Public Library Kirby Branch on Feb. 1.

The event included a questionnaire session with Stevens and ended with the chance for the audience to purchase a signed copy of the novel.

The book description states: “Twenty years ago, eighteen-year-old Francis Quick was convicted of murdering her best friend, Cora King, and sentenced to death. Now the highly debated Accelerated Death Penalty Act has passed giving Frankie thirty final days to live. Surprising everyone, one of the King family members sets out to challenge the woefully inadequate evidence and potential innocence of Frankie Quick.”

Stevens described the book as a mystery novel loaded with observations about perception versus truth and packed with emotional self discovery.

Before the questionnaire session began, Stevens read the audience a piece she wrote about the real reasons she writes.

Ultimately, Stevens shared that writing is so important to her because it gives her the opportunity to meet readers whose stories are so profound. Writing allows her to connect to people and share truth with them.

“I use words, not to tell my story, but for the honor of someday listening to yours,” Stevens said. “I use words so that I have the chance to get eyeball to eyeball with you and speak truth. Here’s the truth: you’re loved and you matter.”

“We Were Kings” can be ordered from Parnassus Books, Walmart, Amazon or Target.

To learn more about Court Stevens, visit her website at http://www.courtneycstevens.com/.