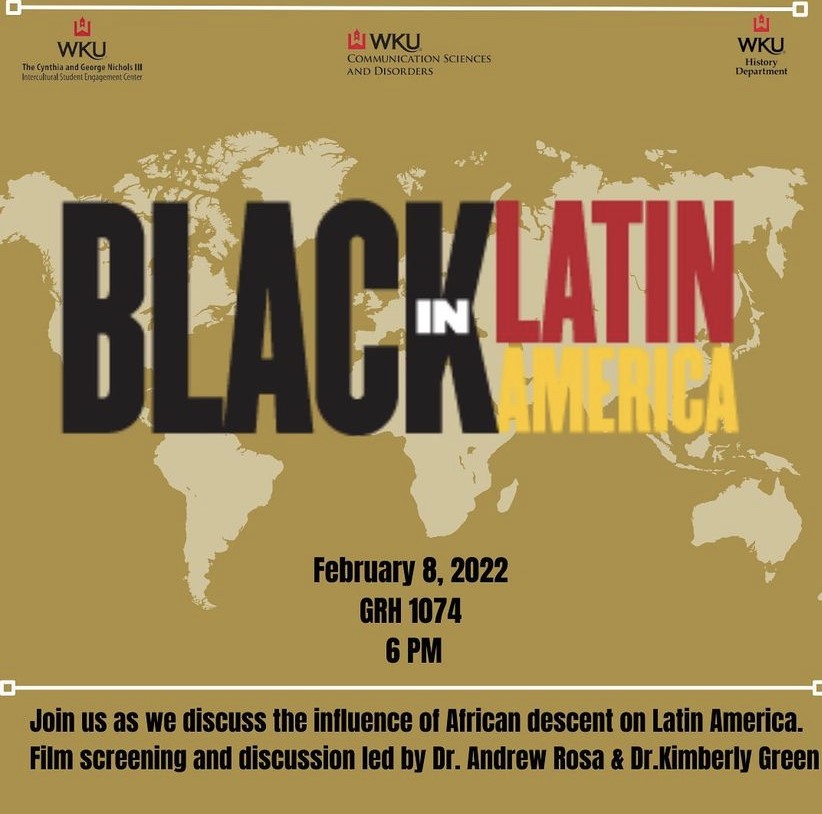 In honor of Black History Month, ISEC and the Department of History hosted a “Black in Latin America” event on Tuesday, Feb. 8 at Gary Ransdell Hall.

The first episode in the four-part series “Black in Latin America”, starring Henry Louis Gates Jr., was played for the audience with discussion following the documentary. The episode focused on the history of Hispaniola and how society in the Dominican Republic has shaped ideas of race.

The discussion focused on the topic of intersectionality between ethnicity and race, specifically Latino and Black intersections. The discussion focused heavily on the concept that society pushes groups of people to accept European cultural standards, which in turn makes them feel the need to repress their own culture in order to be accepted and have the ability to succeed.

Green mentioned “white proximity” which she described as a societal construct where the “closer you are to whiteness, whether it’s how you look, sound or behave, the more rewarded you are.”

This idea was connected back to the societal structure in the Dominican Republic, where it is seen as a negative thing to appear too dark, Green said.

The discussion went on to explore the concept of manipulating cultural identity in order to fit into spaces. Green expressed how she opposes the idea that people should have to hide their culture in order to achieve success.

Green said owning your culture can be beneficial in a work environment. Green mentioned the value of being bi-lingual and how that can be a great advantage on job applications.

Rosa mentioned the lack of education surrounding the understanding of Black culture in the Americas and opened it up to the audience to share their own experiences learning about the topic.

To learn more about the Black History Month events on campus this month, visit the WKU website.