‘I would describe it as part of one big family’: Black students embrace culture, community at WKU 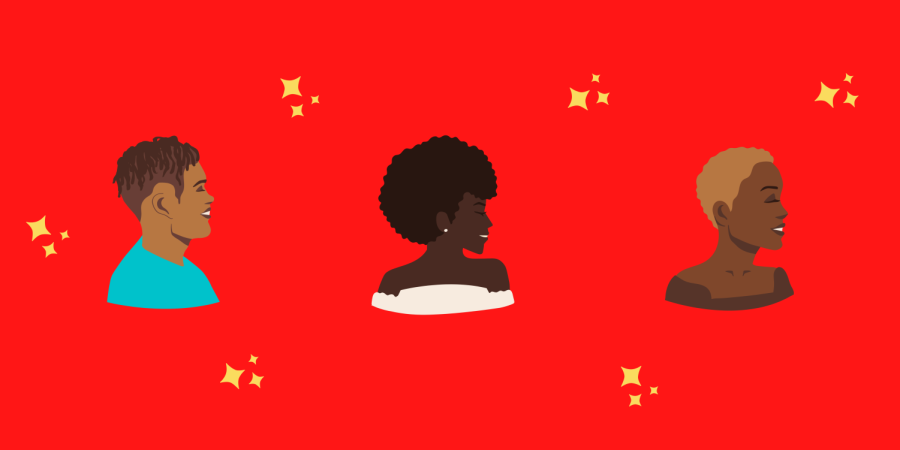 Black students across  campus are taking time to celebrate and recognize Black history throughout the month of February. Black students took the time to share their experiences, challenges and triumphs during their time at WKU, a predominantly white institution.

“African-American students attending predominantly white institutions (PWIs) face a different climate than their white counterparts,” Anita Easterwood states in a study conducted at Kansas University. “This is due to their unique experiences shaped by the multifaceted issues of racism that often go unnoticed by the broader campus.”

For some Black students, attending a predominantly white institution is something they are used to. In high school, current sophomore DeNaleigh Starks-Scott was used to being a minority.

“…I could count on my hands how many African Americans were in the school,” Starks-Scott said.

When it came to choosing WKU, it was hard in the beginning due to wanting to go to Tennessee Tech. Starks-Scott eventually decided to choose similar paths as her mother and cousin, who are both WKU alumni. Getting involved in multiple organizations made the transition easier for her.

“At first I didn’t want to be here, but getting accustomed and getting active on campus from time to time made the transition a little bit easier because I was very involved in a lot of student organizations in high school,” Starks-Scott said.

Starks-Scott is a member of sorority Sigma Gamma Rho Inc., an Intercultural Student Engagement Center scholar and navigator and is also the special events coordinator for the Black Student Alliance.

“When you surround yourself with people who look like you and who understand where you’re coming from, it puts you in a different headspace,” Starks-Scott said. “I feel like, being in the student organizations, I don’t have to fight for a place to be heard. I feel like those spaces help you mentally.”

In a case study by the National Association of Colleges and Employers, all students who were interviewed described feeling comfortable in multicultural spaces, expressing that they were able to relate to other students and discuss things that were more relevant to their experiences.

Junior Annaya McLean used the community experience she received during a retreat with other Black students to create Black Minds Matter, an organization that focuses on Black mental health.

“Everyone was talking about how they wished they had a space like this where everyone could come and talk — I wanted that space,” McLean said. “Especially for Black people to talk about that, because it’s a stigma in our community, to just come and be able to let their walls down and just say whatever, do whatever, be themselves.”

Mental health has been a focus of McLean since high school after recognizing the stigma within the Black community.

“I concern myself with situations or growing problems, I’m just all about advocating for people that might not feel like they have a voice or a place,” McLean said.

A big place where many Black students feel they lack a voice is the classroom.

“You go to DSU and your classes and you’re sometimes the only one there, it can feel pretty isolating,” McLean said.

“I barely saw Black people in any of my classes,” Burr said. “I feel like it’s bad for Black kids’ mental health because the people around you are all white. I would like to see more Black people in places of power.”

Burr recalls videos he’s seen of Black students from other PWI’s expressing their troubles, even contemplating suicide. After seeing the experiences of others paired with his own, Burr was motivated to be the example he wanted to be by participating in the Why Knot Us? Black Male Initiative.

“That environment motivates me,” Burr said. “Because I didn’t have that growing up, I want to show other Black people who don’t have the representation growing up to now.”

Much like McLean, sophomore Jeremiah Murrow says he can see an obvious difference in his college experience as a Black student.

“Yeah, it’s different because when you go to your classes, it kind of pops out at you,” McLean said. “I got some classes where I’m the only black person I knew and it’s becoming more frequent.”

Murrow says it’s important to have Black organizations and programs on campus because you can see people like you and have the same interest as you.

“I think it’s important because you’re able to see people who can relate to you, people of your culture, and even people of different ethnicities and cultures,” Murrow said. “I know a lot of people who don’t come from a background where you’re used to seeing a lot of white people around, you’re used to being around your people. It’s kind of a culture shock when you get to a PWI. So, I think it’s great for that.”

Star Robertson’s biggest struggle was also being one of the few Black students in her major and classes. Robinson is a graduate student with a focus on Homeland Security with a concentration in chemical, biological, radiological, nuclear and explosives.

“I struggle with this because of my major,” Robertson said. “They are STEM and niche, which a lot of people don’t do. For my program, I was one of the only Black people in the program period. I had to push through and make a way for people like me.”

She says a way for Black students to be successful in predominantly white spaces is to find resources that are beneficial to them.

“Being a black student at a PWI can be challenging,” Robertson said. “As somebody who’s gone to three different schools — UK, EKU and WKU — it’s been interesting. You have to go through and make your community like how we have here. You have to find these resources and get them live.”

Robertson is a member of Sigma Gamma Rho, the Community Service and Recruitment chair for the National Society for Black Engineers, and a member of the Zeta Tau chapter of Alpha Kappa Psi.

She emphasizes that having Black spaces is very important in the development of Black students. “I feel like it’s important to have black spaces, because I’ve never struggled because I’ve always had those Black spaces around me,” Robertson said. “They are going to make sure you graduate. They are your family.”

According to a 2019 article about campus climates for African Americans, the ability of African-American college students to attain success and satisfaction may be influenced by their racial identity. Racial identity refers to the attitudes and beliefs regarding the significance and meaning that people place on race in defining themselves.

Junior Amante Cunningham, a member of Kappa Alpha Psi and the Why Knot Us? Black Male Initiative, recognizes his disadvantages as a Black student amongst white students but uses it as motivation to keep going forward.

“Being a black student at a PWI… it’s difficult knowing that all eyes are on you,” Cunningham said. “A lot of times when I go to class, it’s kind of uncomfortable, but it brings a fire out of me to excel because the odds aren’t always in my favor, but I’m going to continue to excel like those who were there before me.”

Racism is also another problem for Black students. Cunningham recalls a time he played basketball and heard racial remarks from opposing teams. He said that incidents like this made him a stronger person today.

“You’re probably going to get stared at, you might get some racial remarks, but in the end it’s going to help you out when it comes to the bigger world because we’re outnumbered,” Cunningham said. “At some point, you will encounter this again and you will be ready. You’ve got to get comfortable with the uncomfortable.”

Graduate student Tamera Lott, president of WKU’s NAACP chapter, recalls a time when a teacher shot down her idea to focus on African-American history for a paper, telling her she “wouldn’t find much.”

“Whenever it comes to being a Black student, some professors are going to go so far as to help you out — or they may not do it at all,” Lott said. “It can be hard sometimes.”

Despite the setbacks, a common theme of the Black student experience includes persevering through all obstacles. Senior Justin Smith, member of Phi Beta Sigma and president of the National Panhellenic Council, says that he has learned valuable lessons during his time at WKU.

“I have had to develop more patience to understand that not everyone is aware and not everybody has knowledge about certain aspects of life within my demographic of living,” Smith said. “Just being patient, welcoming. Just willing to be informative to other people that are without knowledge.”

Smith further explained that the Black community at WKU is one-of-a-kind and played a part in how he found success.

I would describe it as one big family,” Smith said. “Everybody knows everybody, regardless of how big or small compared to other universities. I am glad to be a part of the Black community here at Western Kentucky University.”

Regardless of various issues that Black students face at a PWI, they encourage students who choose that route to embrace their skin. Representation matters for their people.