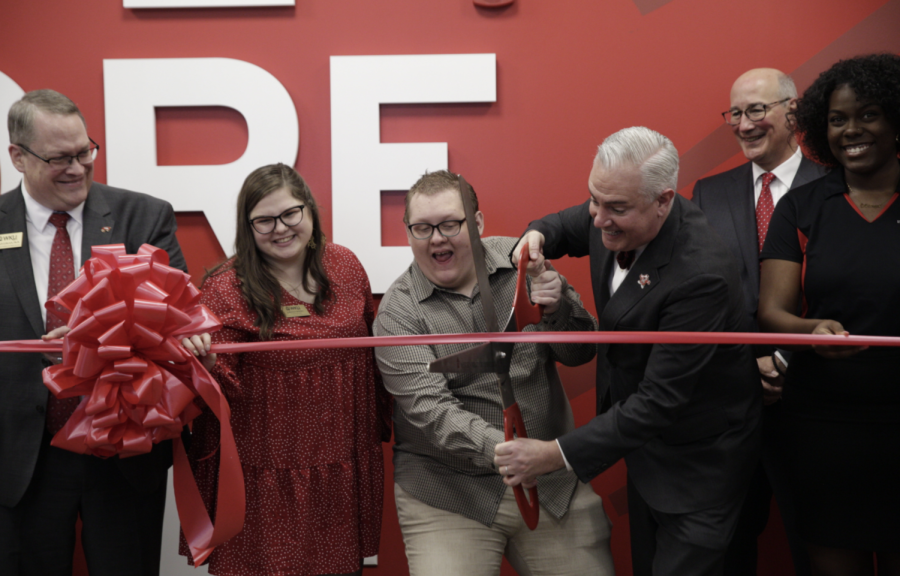 “Just last week, I had the great privilege to share a significant WKU achievement — 90.9% of our fall first-year class returned this semester, representing the highest fall-to-spring retention of our students since the university began tracking these data,” Caboni said. “Our Hilltoppers who participated in LLCs in the fall returned this spring at a rate of 5.9 percentage points higher than those who did not — 95.2% of those young people are returning for the spring semester. That is a tremendous achievement for our community and for our university and deserves a round of applause.”

The buildings were opened in the fall of 2021, but according to Jace Lux, WKU’s director of media relations, the dedication was held off due to a handful of circumstances, including wanting the facilities to be fully operational before the ceremony.

“Though residents moved in last fall, the dining facilities weren’t immediately available on day one, and there were still cosmetic enhancements being made,” Lux said via email. “Also, scheduling of all of the different parties involved in a formal ribbon cutting came into play when determining a date.”

Mike Reagle, assistant vice president for student engagement and executive director for housing and dining, noted that the event was not only a celebration of the two buildings, but a recognition of the way the south portion of campus has been entirely transformed.

“Every residence hall in this area has seen updates and improvements to foster a better experience, to build connections and to create opportunities for living learning communities,” Reagle said. “We’re just getting started.”

Jake Jones, a freshman resident of Normal Hall and member of the Citizenship and Social Justice LLC, gave a testimony of how his experience has positively affected his time at WKU.

“My Living Learning Community has allowed me to meet people different from myself, make connections with faculty members and to get connected in my first year on the Hill,” Jones said. “I am confident that the incoming class of 2026 will have no issue finding an LLC that is right for them.”