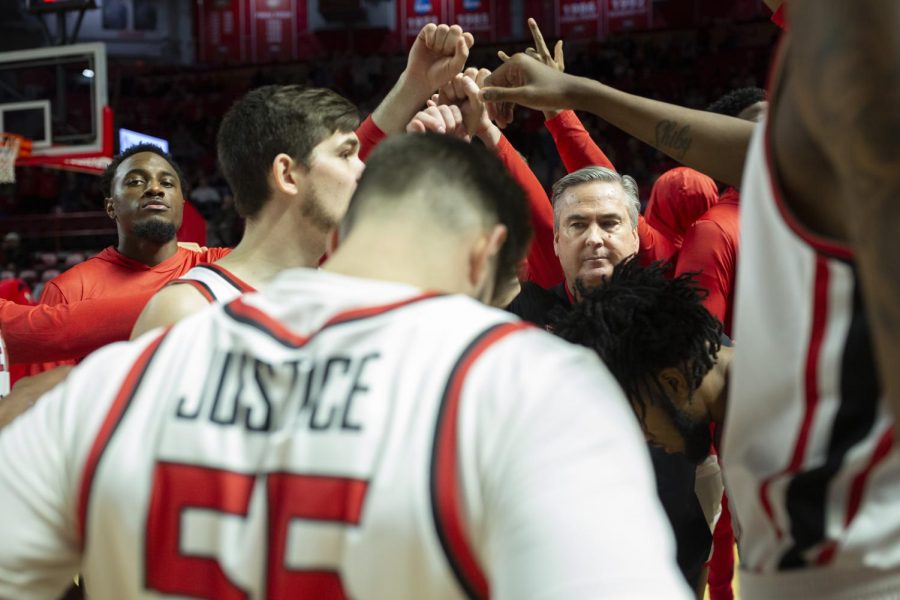 Coach Rick Stansbury breaks the pre-game huddle ahead of the WKU matchup with Old Dominion on Saturday, Feb. 19. WKU went on to win 73-64.

WKU Men’s Basketball will be playing in the 2022 Cayman Islands Classic. The program announced on Tuesday the team will travel down to the John Gray Gymnasium in Grand Cayman, Cayman Islands, Nov. 21-23.

The other seven programs in the tournament will be Akron, Illinois State, Kansas State, LSU, Nevada, Rhode Island and Tulane. Kansas State, Nevada and WKU were all originally slated to play in the 2020 event prior to its cancellation due to the COVID-19 pandemic.

All eight programs will play three games in three days at the single-elimination tournament. A full bracket will be released at a later date.

WKU is 16-13 all-time against the field with a dominant 8-2 mark over Akron and a perfect 5-0 mark over Tulane. The Hilltoppers have met each team at least twice, except Nevada who they’ve played once in school history.

Travel packages can be found at www.CaymanIslandsClassicTravel.com.

This will be WKU’s first game outside the continental United States since playing in the Virgin Islands in 2019.