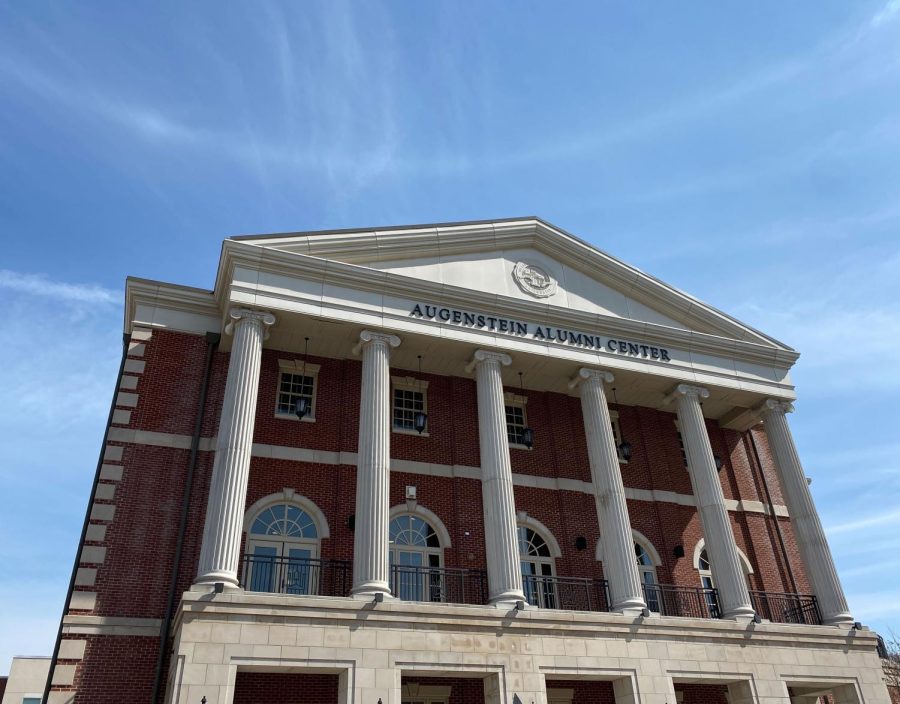 The Board of Regents met on Friday, March 4 for its first quarterly meeting of 2021. The Regents approved the renaming of the Augenstein Alumni Center and authorized addendums to the contracts of a pair of WKU head coaches.
Executive Committee
Alumni Center

The regents approved a motion to rename the Augenstein Alumni Center after Eva and Jim Martens. The board was thankful for their kindness and leadership in the WKU community.

The Martens are both longtime philanthropic supporters of WKU with an interest in the Alumni Association, football, men’s basketball and the Hilltopper Athletic Foundation, where Jim served as a member on the board. Additionally, the Martens have been consistent ticket holders of the WKU Hilltopper basketball program for 50 years.

The Martens have donated gifts to WKU for 41 consecutive years and have served on the WKU Foundation Board of Trustees, the WKU Real Estate Corporation Board of Directors and the Football Endowment Committee, along with several local boards and civic organizations like the Med Center Health, The Community Foundation of Southcentral Kentucky, United Way of Southern Kentucky, the Salvation Army, Commonwealth Health Foundation Free Clinic and the Hillvue Heights Church.

The Martens’ 50 years as season ticket holders and 41 years of consecutive gifts to the university “Is a testament to the real importance of what WKU means to the region,” Staff Regent David Brinkley said.

Jim earned a bachelor’s degree of science in agriculture from WKU in 1972. They are both the owners of J-Mar Properties, serving as real estate investors in Kentucky and Tennessee.

“We are so thankful for their leadership, their kindness, and their investment in this institution and our people,” President Timothy Caboni said. “I talked with the chair about our need as an institution to think about cultivating the next generation of philanthropy at the university.”

Dale Augenstein, the current namesake of the building, will not be forgotten. According to WKU Philanthropy, the plaza across from the Alumni Center that features a statue of Big Red will be renamed as the Augenstein Alumni Plaza in his honor.

“As you all know, there are 14 schools in Conference USA,” WKU Athletic Director Todd Stewart said. “And we are 13th in budget. In other conferences across the country, there’s a pretty direct correlation between those who spend the most, win the most, and those who spend the least win the least. Proudly, we have defied that. That has not been the case here.”

Hudson recently completed his 27th season as coach on the Hill, leading his program to a 28-2 record, a perfect 12-0 Conference USA run and a 3-0 sweep over South Carolina in the first round of the NCAA Tournament.

“I really think he’s an ambassador, not only for athletics but for the whole university,” Stewart said.

“When we talk about the history of the university and the people who have made an impact as an employee, coach Hudson is someone that has dedicated his professional career to this school,” Brinkley said. “Quite literally, to those that know him, he is an actual hero. He has saved lives. I cannot think of another employee that I admire more on this campus right now than Travis Hudson.”

The regents then approved an addendum to Helton’s contract, which extends through Dec. 31, 2025. According to the agenda, Helton “will receive a $100,000 increase in his base salary beginning on July 1, 2022.”

Helton, fresh off of his third season at WKU, led the Hilltoppers to the Conference USA Championship as well as a win over Appalachian State in the Boca Raton Bowl.

“What this does is just recognize what [Helton] has done for us,” Stewart said. “If you know our history, we’ve had a lot of success – unfortunately, the by-product more times than not when we’ve had success is that coaches have left for other opportunities. Coach Helton wants to be here, and I think this increases our chances to keep him.”

According to Stewart, both coaches’ salary increases are coming from private funds through the Hilltopper Athletic Foundation and are “not part of the state budget.”

The regents took time to recognize the work and impact of the late Randall Capps, the original founder of the Department of Communication, who passed away on Feb. 2.

“I think Dr. Capps certainly had influence on probably the large majority of the people in this room right now,” Chair Phillip Bale said. “One thing that was really clear at his funeral and the reception afterwards, was that Randy had a gift for recognizing the potential in other people. He had a way of inspiring those people to pursue that potential.”

Bale said that one way Capp’s memory can be honored is by continuing to recognize the potential of the university. “He clearly saw that too,” Bale said.
Academic Affairs Committee
The regents were treated to a performance on clarinet and saxophone from  University Distinguished Professor John Cipolla. Cipolla took out a wooden reed, made in Argentina, and showed it to the room.

“I look at these everyday, I have them all over the house, my wife complains about them, they’re everywhere,” Cipolla said. “Because this is what helps me make my sound in my instrument. To me, the symbolism of this little piece of wood is generational.”

Cipolla said that the reed, which is about 15 years old, “has to be dried and turned in the sun in Argentina, and cared for over time.”

“That’s, I think, what we do, as teachers,” Cipolla said. “That’s what I do. We work with these young people, and they’re not perfect, but that face-to-face contact that we give them is really what keeps them connected here.”
Student Affairs
Retention

The regents heard a presentation by Ethan Logan, Vice President of Enrollment and Student Experience, regarding student persistence in 2022.

“We have reached a persistence point of 90.9% there with our students who were enrolled in the fall and continued into the spring,” Logan said.

Underrepresented minority students persisted at a rate of 90.3% in terms of the population of students as a whole, Logan said.

“There have been, in some public forms, concerns about the enrollment of students of color at Western Kentucky University,” Caboni said. “These numbers demonstrate what we’ve been working toward. Access without success is access to nothing, and we have focused like a laser on making sure we were shaping the incoming class in such a way that every student that we admitted had a reasonable chance of graduating with a degree.”

“[Alli Lumpkin] has really transformed what we’re able to create on the field, but also in competition.” Caboni said. “They are students, first and foremost, but they are pure athletes, and I’m proud of what they’ve produced.”

The regent’s next meeting will be held on April 15.

News Reporter Damon Stone can be reached at [email protected].