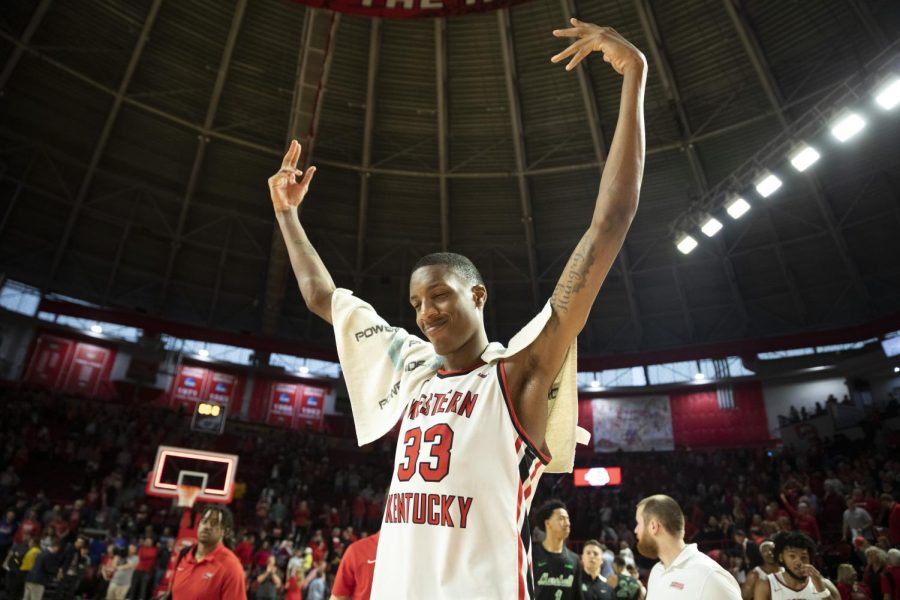 This marks the third time in the last four seasons that a Hilltopper has earned the Defensive Player of the Year honor with Charles Bassey winning the award in 2019 and 2021.

The 7-foot-5 Sharp currently leads the nation in both total blocks with 142, the most in a season in program history, and blocks per game with 4.6. He has blocked more shots this season than 315 Division I programs have as a team, 90% of all teams in Division I.

For the season, Sharp averaged 8.3 points and 7.5 rebounds per game while shooting 72.7% from the field through the regular season. He also leads the country with 85 total dunks.

Sharp is a semifinalist for the 2022 Naismith Men’s National Defensive Player of the Year. WKU is the only school to have two different players on the semifinalist list between 2021 and 2022. His spot on the C-USA All-Defensive Team gives WKU five selections in the last four seasons.

For the season, McKnight averaged 16.1 points, 5.7 assists, 5.5 rebounds and 1.9 steals per game while playing 36 minutes per outing. He’s one of three players in the nation averaging at least 16 points, five rebounds, five assists and one steal.

He also shot 47% overall from the field, 36% from 3-point range and 79% from the free-throw line. He ranks eighth in the country in total assists and 15th in assists per game. McKnight is averaging 17.9 points per game with eight games of 20 points or more in C-USA play.

The Hilltoppers (19-12) will begin their play in the Conference USA Basketball Championship at 6 p.m. CT Thursday in the quarterfinals in Frisco, Texas.