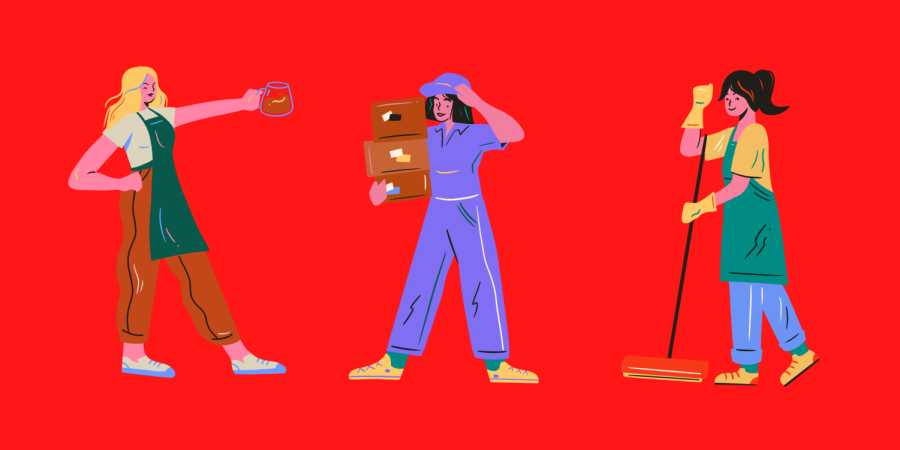 Aramark food service workers at WKU have gone public with their intent to unionize with the National Conference of Firemen & Oilers, SEIU 32BJ.

“Right now folks have not had their union recognized, but we are demanding recognition,” Alexis Hardesty, organizing and political director for the NCFO-SEIU, said.

The goal is for the union to be recognized by Aramark. Once this happens, workers will meet with WKU’s dining and catering service provider in order to develop a list of items employees want to see improved in the workplace. If this does not happen, Hardesty said the next step would be to hold an election to receive recognition.

“Right now, we just took our committee public, so that’s the first step,” Hardesty said. “We’re continuing to have conversations with folks about the changes they want to see in their workplace. We would like for Aramark to agree to recognize and meet with us, but if we have to go to an election, yes, we will.”

The WKU Restaurant Group was reached for comment but did not respond by press time. The story will be updated with their statement when it becomes available.

WKU and Aramark agreed on a 20-year contract back in 2017. At the time, Brian Kuster, former vice president for student affairs, said the contract was expected to be worth “an estimated $20 million a year and will result in significant reinvestment in dining and catering services at WKU.”

According to Hardesty, the push for a union began in the fall but has picked up steam this spring. Carly Williamson, who has worked at the Starbucks location in Downing Student Union since fall 2020, has been getting the word out to fellow employees and customers.

“So the union process is looking for a majority in the restaurants, and so it’s not necessarily every worker right now, but that’s something that we’re looking to do,” Williamson said. “So right now what we’re doing is we’re talking to workers – we’re saying ‘hey, is this something we’re interested in?’ We’re pretty close to a majority from what I understand, it looked really good last time I looked at the numbers. It’s Steak n’ Shake, also including The Spread, Hilltopper Hub, all restaurants on campus I think except for the food trucks.”

Williamson stressed that the union push did not come about due to the actions of customers. According to her, issues like a lack of mental health resources, failures to enforce proper COVID-19 protocol and trouble with staffing have prevented Williamson and her fellow employees from enjoying their work.

According to Williamson, the union push looks to recognize the work Aramark employees at WKU put in for students, faculty and staff.