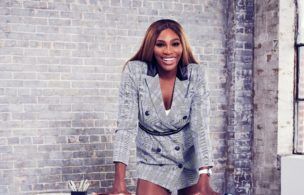 Tennis all-star and 23-time Grand Slam champion Serena Williams has signed a first-look TV deal with Amazon Studios to produce scripted and unscripted projects, among which will include an untitled docuseries about her professional and personal life. See AlsoSerena Williams’ Coach Talks Her Comeback in ‘The Playbook’ (VIDEO)
In an exclusive sneak peek, Patrick Mouratoglou recalls when the tennis icon came to him for help becoming number one again.

“I’m very excited to be partnering with Amazon Studios – they are developing some of the most inspiring and important content for a global audience. I have a lot of stories I’m eager to tell, including a continuation of my own, and I look forward to sharing those with the world,” said Williams in a statement released to the press.

No further details about the docuseries or other projects have been unveiled at this time, but we’re sure Williams’ winning streak will continue in the TV world. Considered one of the greatest athletes of all time, Williams has also become a recognizable force in the business, entertainment, and fashion sphere with her own clothing line S by Serena and Serena Ventures. “Serena has transformed her sport and become one of the most inspiring athletes, entrepreneurs and women of her generation, admired not only for her unmatched prowess on the court but for her dedication to advocacy as well,” said the head of Amazon Studios, Jennifer Salke, in a statement. “We’re incredibly excited to share her journey in this new series, and to work with her to create new original content for our Prime Video customers worldwide.”

Stay tuned for additional details on Williams’ docuseries and other upcoming Amazon projects.