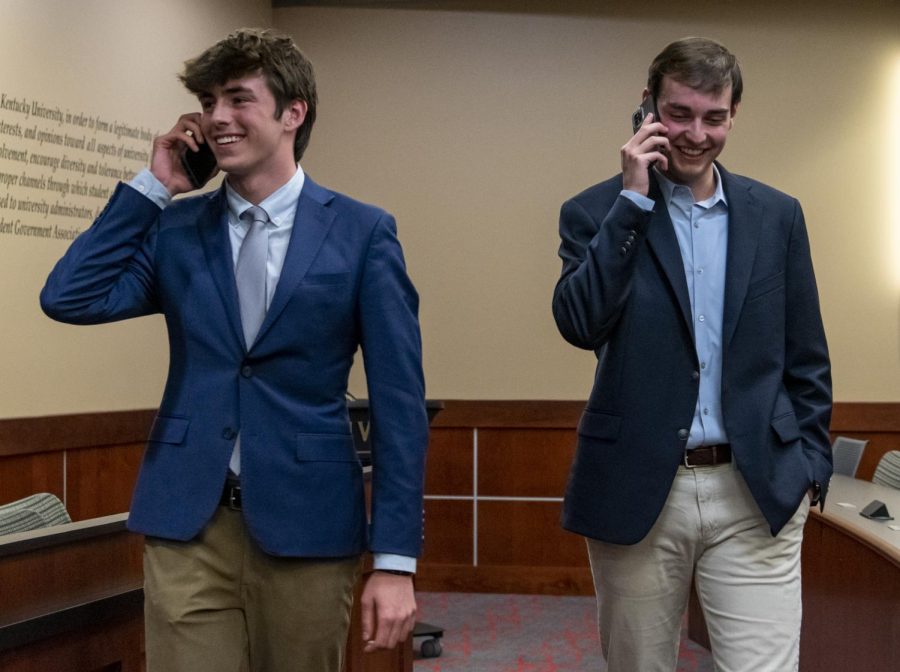 The election results are in: the new Student Government Association president is Cole Bornefeld.

Bornefeld was announced as the winner of the presidential election just after midnight on April 20, collecting 49% of the vote.

Alexis Courtenay placed second with 40% of the vote and Olivia Feck came in third, taking home 11%.