Hilltoppers shut out Lipscomb in first game in nine days 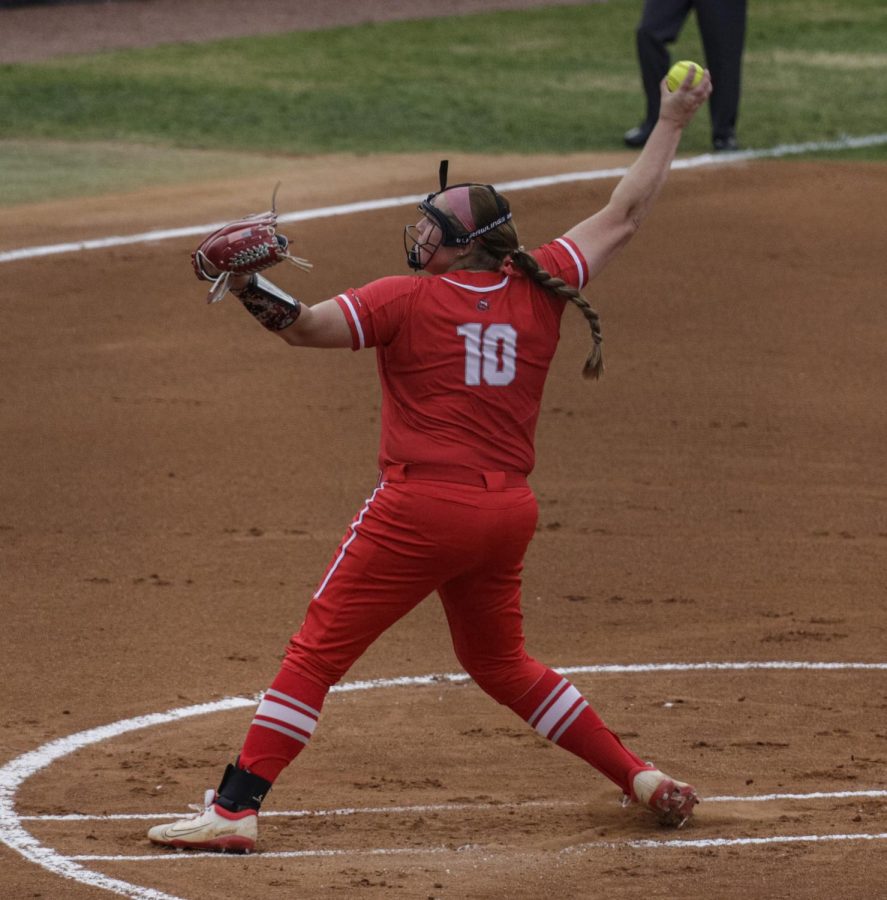 Hilltopper Softball’s pitcher Shelby Nunn (10) takes her shot at striking out the batter for the Arkansas Razorbacks, during their matchup with the Razorbacks on March 21st at the WKU Softball Complex.

“I think they hit their spots and threw great pitches,” WKU head coach Amy Tudor said. “You know, it’s executing the game plan, and I think both of them [Katie Gardner and Shelby Nunn] did it really well. They’re both different, so I think they’re really challenging together when they’re both on.”

Fifth-year senior Shelby Nunn was WKU’s starting pitcher. She pitched four shutout innings, only allowing one hit while striking out three. She was relieved by junior Katie Gardner in the bottom of the fifth inning. Gardner closed the game with five strikeouts and no runs allowed.

“Before Shelby came out, she told me to try to keep the ball low, and they would swing,” Gardner said.

“We needed to come out and make a statement especially [after] not playing for the last week,” Taylor Davis said. “So really, we just wanted to go out there and play our best, have solid defense, hit the ball hard and do our job.”

The Hilltoppers outplayed the Bison from the first inning. Nunn did not allow any hits in the first frame, the theme of the day, before WKU scored two runs in the bottom of the inning. With two on base, Sanders connected with a two-run RBI double to take the early 2-0 lead.

After a very quick second inning, WKU began to pop in the bottom of the third. Sanders recorded her third RBI of the day on a single with two on base. The Hilltoppers performed a double steal to score another run and extend their lead to 4-0.

WKU scored its fifth run in the bottom of the fourth without a hit. Two runners reached on walks before an error allowed Davis to score from second base to give WKU a 5-0 lead.

Neither side did much offensively after the fourth with both combining for two hits. Gardner ended the game with a three-up, three-down inning in the top of the seventh, securing the 5-0 Hilltopper victory.

Up next, WKU will begin a three-game home series against Marshall starting on April 22.

Sports Reporter Joseph Thompson can be reached at [email protected].