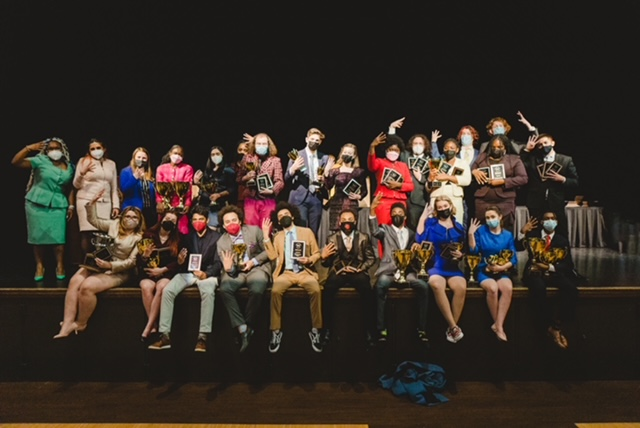 Editor’s note: An earlier version of this story contained errors regarding event results. The Herald regrets the error.

Competing at Illinois State University from April 14-18, the team participated in the national competition and had 83 entries, one of the biggest teams to compete.

Ganer Newman, director of the WKU forensics team, took much pride in the organization and expressed how hard the students worked to get to this point in such a short amount of time.

“It was kind of an unbelievable life affirming experience for me to see how [the students] managed to turn that over in such a short period of time by being so diligent and focused with their coaches,” Newman said.

Newman also praised the coaching staff for being a big contribution to the success of the team.

“That’s the thing about a team, you don’t have a team that is successful without people that know what they’re doing to help and organize success,” Newman said. “This coaching staff, they are some of the most gifted educators I’ve ever interacted with in my entire life.”

The WKU forensics team had 17 of their 83 entries make it through four rounds of highly competitive judging to the national final rounds. There, WKU competed against the University of Texas at Austin and ultimately came out on top.

After not competing at an in-person debate since 2020 due to COVID-19, the team had to find ways to transition from virtual speaking to in-person speaking.

“You start from zero, all you’ve done is talked on a camera on the computer, and now you’re supposed to speak, if you make it to the national final round, in front of 300 people,” Newman explained.

According to the WKU forensics website, their team is the “oldest and most successful program in the history of Western Kentucky University”.

Newman explained that forensics is bigger than merely winning titles – it’s about “being a part of something greater than yourself.”

After all the success, Newman said the future is “incredibly bright for the organization.”

News Reporter Kennedy Gayheart can be reached at [email protected]