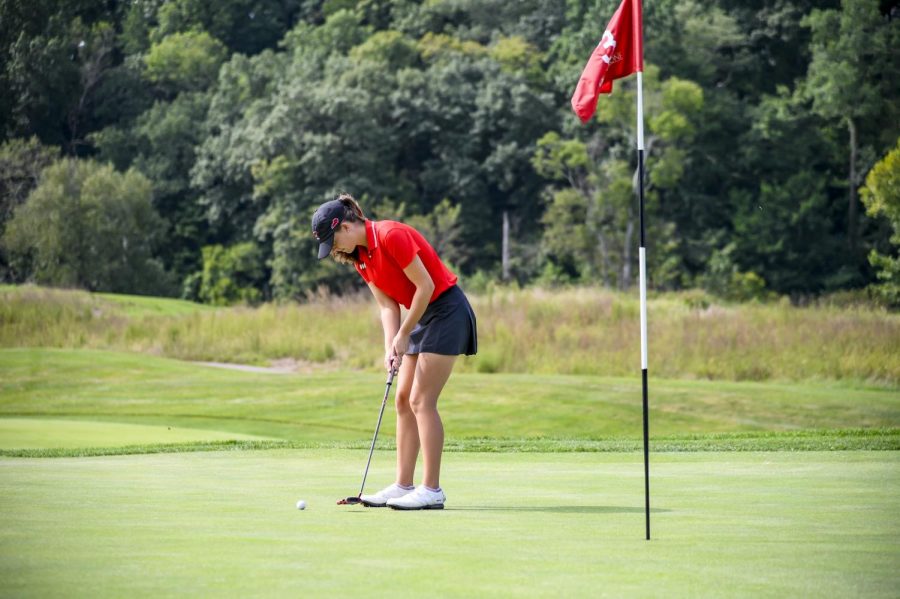 The Lady Topper Golf concluded their 2021-22 season Wednesday, finishing in eighth place in the Conference USA Championship in Palm Beach Garden, Fla., with a 100-over 964.

“This was an incredibly tough golf course with some tough conditions day-to-day,” WKU head coach Adam Gary said in a press release. “This team fought through all of that until the very end. We put together the second-best round of the day today (Wednesday), and that’s something to be incredibly proud of on this course in this tournament. I enjoyed coaching this group all year, and we’ll miss some of our senior leadership with Olivia Reed, but I’m excited for the future of this program.”
First Round
WKU shot 32-over 320, finishing in 11th place after round one Monday. Fifth-year senior Olivia Reed shined, tying for 10th place with a 4-over 76 on the day.

Junior Sarah Arnold tied for 26th with a 10-over 82. In her first appearance in a conference championship, freshman Faith Martin stroked 11-over 83, and sophomore Rachel Rich also hit 11-over 83, finishing in 43rd and 44th, respectively. Senior Kenlie Barrett shot a 14-over 86 to place 52nd after round one.
Second round
The Lady Toppers moved up to 10th place after the second round on Tuesday. Reed had a great showing, posting a 5-over 77, tying for seventh place. She sank pars on 14 of her 18 holes.

Barrett bounced back from round one with a seven-shot improvement. She scored a 7-over 79 to tie for 44th place.

Martin shot 9-over 81 while WKU received a 13-over 85 from Arnold. Martin finished tied for 39th while Arnold finished round two at 41st overall.

As a team, the Lady Toppers shot 34-over 322 for the day.
Final Round
WKU shot a 34-over 322 as a team in the final round Wednesday, the second-best score of any program.

Reed stroked a 10-over 82 in the final round, the best finish of any Lady Topper. She finished tied for 10th in the tournament.

Arnold posted the lowest score for WKU in the last round. She logged a 4-over 76 in the final round for WKU. She moved up 23 spots on the leaderboard to finish in 18th place.

Sports Reporter Joseph Thompson can be reached at [email protected].