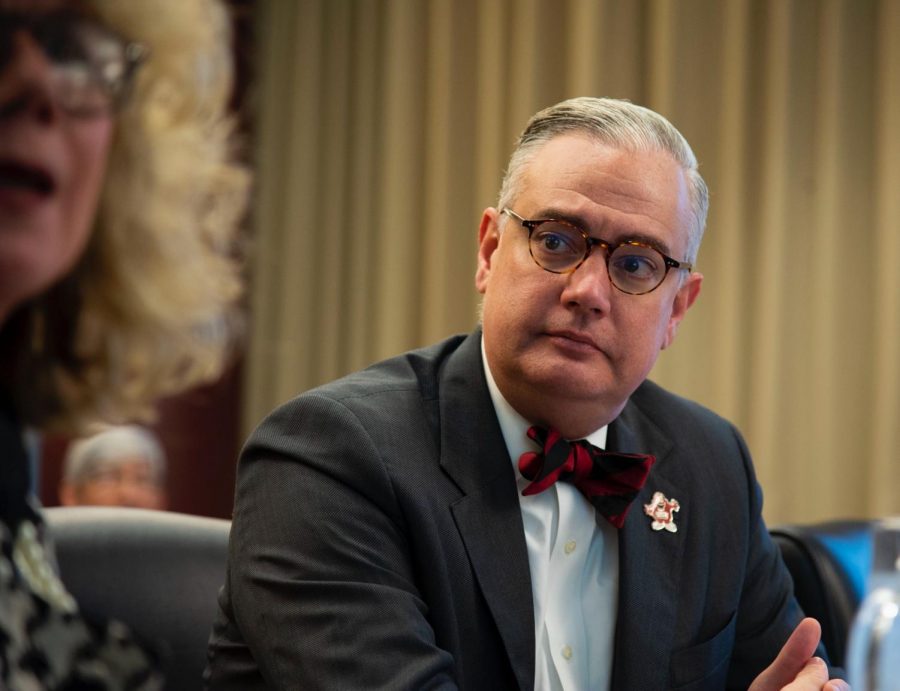 WKU’s Board of Regents met Thursday for their second quarterly meeting of the semester, taking time to discuss how inflation affects the university’s financial decisions.

The board was presented with a development update regarding the 2023 budget, and Staff Regent David Brinkley and Faculty Regent Shane Spiller both raised concerns regarding the impact inflation has had on the WKU community. According to the Bureau of Labor Statistics, the inflation rate is currently 8.5%, the highest it’s been since 1981.

According to the budget presentation given by Susan Howarth, executive vice president for strategy, operations and finance, the university is carrying approximately $130 million in on-hand cash, or 174 days of cash. Haworth mentioned that the recommended amount of days is 110.

Spiller noted that the university’s cash-on-hand situation “is tremendous progress,” but voiced his concern regarding inflation rates and the cost of living for WKU employees.

“I am tremendously concerned about some of our staff, and even a few faculty having food scarcity and housing scarcity as we move forward,” Spiller said, mentioning that local food inflation rates are “over 20-30%” and apartment rent has gone up “20-35% in the region.”

“How do I go back to those faculty and staff, who are dealing with that kind of scarcity, and say ‘it’s all okay, we’ve got more cash on hand’? I’m struggling with that,” Spiller continued.

President Timothy Caboni responded to Spiller’s question by iterating that the “budget no-no” is to spend one-time dollars on recurring expenses.

“Because once you spend them, they’re gone,” Caboni said. “Cash-on-hand is a great tool for stability, and it demonstrates that we were well under where the rating agencies were, now we are at a place where we are over. But these are not resources you can spend on recurring expenses.”

Caboni went on to say that inflation continues to pose a challenge to universities nation-wide, and it is not clear if the trajectory will change in the future.

“I am not sure, as I’m not sure anyone is sure, about what happens with inflation,” Caboni said. “It seems more permanent than folks were hoping… we have to watch, and we have to watch carefully.”

Brinkley suggested that some of the university’s on-hand cash be used towards personnel as a means to offer relief during the turbulence brought on by inflation.

Brinkley said multiple people have talked to him in the days leading up to the board’s meeting to voice concerns regarding living costs.

“They walk up and voice the same concerns – ‘my rent has gone up 20%, groceries are up 10%, I can’t buy things,’” Brinkley said. “It’s not that they need to change their lifestyle – if we are in a position, would this not be a good strategic investment?”

Brinkley went on to say that he agreed with Caboni in that one-time dollars should not be used to fix salary issues, but he is “extremely concerned about the cost of living for this year.”