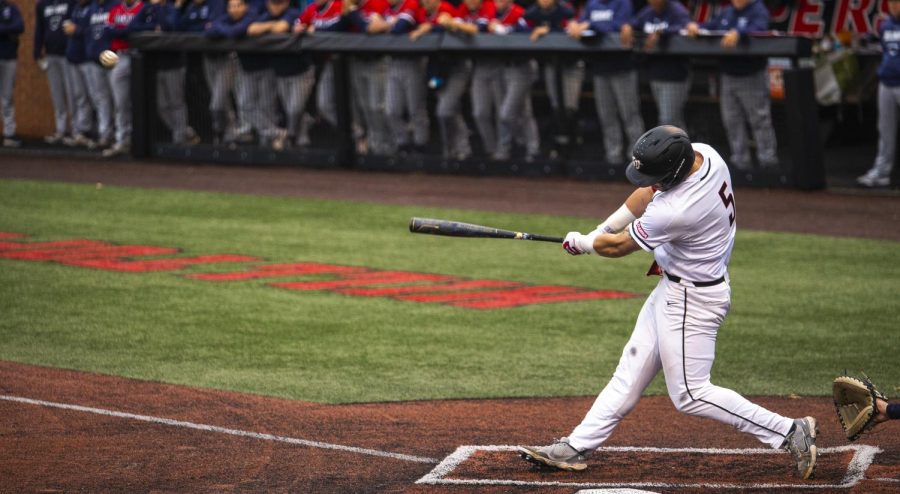 Hilltopper Baseball’s Brian McAuliffe (5) knocks one out of the park to score a grand slam during their game against the Belmont Bruins at Nick Denes Field on April 5th.

Junior Jackson Gray carried the Hilltoppers’ offense to victory. Gray recorded a home run and a triple for a total of four RBIs. Grad student TJ Foreman led the Governors offense with three base hits.

Foreman scored the first two runs for the Governors with two solo home runs in the bottom of the first and third respectively to make it 2-0. The Governors then tacked on two more in the fourth and one in the fifth to make it 5-0.

The Hilltoppers’ offense was silent until the top of the seventh where they erupted for eight runs to make it 8-5. Gray led the charge with both a solo home run and a three-run triple in the same inning.

The Governors responded with a run in the bottom of the seventh but the Hilltoppers bounced back with three more in the top of the eighth. The lead held and WKU took the 11-6 victory.

Up next, the Hilltoppers will play at Louisiana Tech in a three-game series starting on Friday at 6 p.m. CT.

Baseball Reporter Camden Bush can be reached at [email protected]