For Ty Robinson and Husker defensive line, taking the next step is child’s play 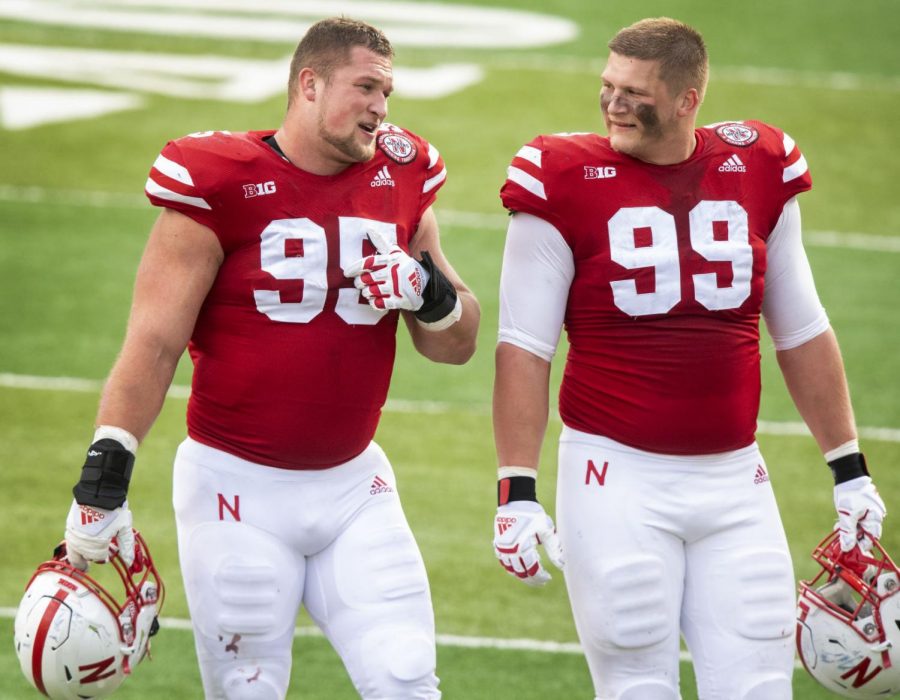 At 6 feet, 6 inches tall and 310 pounds, Ty Robinson is an imposing figure even before he puts on his pads.

Unless you’re a little kid.

“One day I just found out that kids really like me for some reason; I don’t know why,” Robinson said. “They all seem to just call me a big teddy bear, I guess. A big jungle gym. They climb all over me.”

That’s a good problem to have for Nebraska’s redshirt freshman defensive lineman, who has plans to be a pediatric doctor after his football playing days are over. As a pre-health major at Nebraska, Robinson has a pretty large workload in front of him.

He’s already gotten a taste of it, too, having taken 18 credit hours in the fall when it was unclear just what Nebraska’s season was going to look like.

“Not a good idea,” Robinson cracked. “I highly don’t recommend that.”

But Robinson, who wants to move on to UNMC in Omaha after he’s done in Lincoln, found his way through during a season in which he started seven games and flashed the potential that made him one of the most sought-after recruits in the 2019 class.

“You learn to balance it out. There really is no time off, is what I’ve realized, but you find time off. You find time to take a little break,” Robinson said. “But … my days are pretty full. I’m usually not going to bed until around 11, midnight from schoolwork, practice, film.”

While he was one of the Huskers who wanted to play in a bowl game after last season, Robinson said he was more than happy to just lay in bed for a few days after NU beat Rutgers to wrap up a 3-5 season.

The NCAA allots coaches 20 hours per week to work with players.

“That’s not enough time,” NU defensive line coach Tony Tuioti said recently. “You look at the guys in the NFL, they’re in there from 8 to 5 p.m., and it’s strictly football.”

“Ty Robinson’s trying to be a pre-med student. He’s taking all these crazy classes, and his mind’s preoccupied with that,” Tuioti said. “And then he has to learn how to play football.”

At a position group that, according to Tuioti, has plenty to prove, Robinson is one of many familiar faces angling to carry the momentum NU’s defense built last season into the new year. The top four contributors from that group return, with Ben Stille, Damion Daniels and Casey Rogers joining Robinson.

While Nebraska’s defense carried the water much of last season, there were still enough breakdowns, enough mistakes, enough missed assignments that the Huskers finished in the middle of the Big Ten in both points and yards allowed.

“Some might think it’s a big jump. For me, I see it as a normal jump. It’s just a thing we do. I think it’s the way that our culture’s been changed,” Robinson said. “It’s all here, we’ve finally got all the right pieces, I think. So you’re going to see a totally new team next year.”