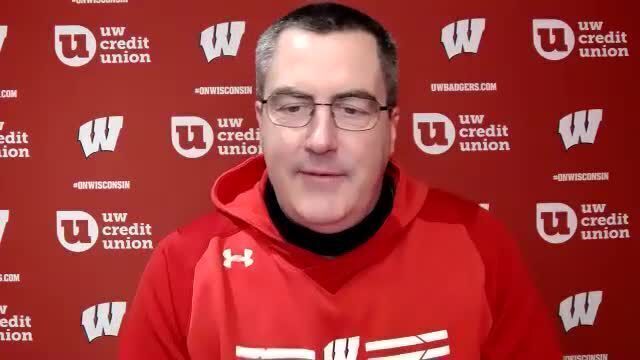 SOUTH BEND, Ind. — There is competition once again in Notre Dame’s quarterback room this spring and that’s exactly how coach Brian Kelly and offensive coordinator Tommy Rees want it.

Jack Coan, a fifth-year graduate transfer from Wisconsin, and returning sophomore Drew Pyne have been splitting the first-team reps through the first four spring practices.

The Fighting Irish are seeking a successor to Ian Book, who led the program to two College Football Playoff semifinal appearances in three seasons and a school-best 30-5 record as the starting quarterback.

Rees, of course, relishes quarterback competition. He saw a lot of it as an on-and-off starter under Kelly from 2010-13.

“The way Tommy has got it set up, which is what we wanted, (it’s) a battle between Jack and Drew,” said Kelly, who has three other quarterbacks in spring camp in true freshmen Tyler Buchner and Ron Powlus II and junior Brendon Clark, who is rehabbing from knee surgery late last season.

Right now, Coan and Pyne are getting all the attention.

“I told Jack you’ve got a lot of recognition for the things you accomplished at Wisconsin, so the guys know who you are,” Kelly said as practices opened. “Be who you are, be authentic and when you’re authentic, guys trust you.”

The 6-foot-3, 220-pound Coan sat out his last season at Wisconsin following foot surgery in October as the Badgers were preparing for their delayed season that ended with a 4-3 record and redshirt freshman Graham Mertz taking the snaps. In 2019, Coan completed almost 70% of his passes for 2,727 yards and 18 touchdowns against five interceptions as Wisconsin finished 10-4.

Coan, who played lacrosse at Sayville High School on Long Island, New York, once had a scholarship offer to play the sport at Notre Dame. Three days after Book and the Irish concluded their 10-2 season with a 31-14 loss to Alabama, Coan announced his plans to transfer.

“It was really tough for me, but I just felt like it was time for me to move on and go to a place where I thought it would be a good opportunity for me,” Coan said. “And I thought there’s no place like Notre Dame when it comes to football, the culture here and the history.”

Coan, who has a strong arm, could be the starting quarterback for the Irish when they visit Soldier Field in Chicago on Sept. 25 to play the Badgers. Then again, it could be Pyne, who will remind some of Book with his accuracy throwing on the run.

“What do we want from Drew Pyne?” Kelly said. “We want him to be the starter. We’re not handing this job to Jack Coan. Drew is built for this. He’s always been told that he’s not good enough, can’t be the starter or can’t win. It just motivates him even more.”

Those words are music to the ears of Pyne, who started all four seasons at quarterback at New Canaan (Connecticut) High School and then saw his first spring as an early enrollee at Notre Dame canceled after one practice because of the pandemic.

Pyne came back in the fall and eventually passed the injury-plagued Clark to become Book’s understudy. Though he saw action in only four games and completed just two of three passes for 12 yards, Pyne appreciated what he learned from Book.

“Ian was a great leader, a great role model, a great friend to me and someone I really, really look up to,” Pyne said. “Progression and getting better and being the best teammate possible is what motivates me.”

Kelly and Rees also will have a chance to look at their two freshmen. The 6-foot-3, 215-pound Powlus is the son of Irish quarterback Ron Powlus, who played at Notre Dame from 1994-97 and now is an assistant athletic director at the school. The younger Powlus played at nearby Penn High School.

The 6-foot-1, 207-pound Buchner, who committed to Notre Dame in early 2019 and totaled 6,084 yards and 81 touchdown as a junior dual-threat quarterback, saw his final high school season at La Mesa (California) Helix High School canceled by the pandemic.

“We saw some of the rust come off Tyler,” Kelly said after Saturday’s fourth practice. “He was more comfortable out there, threw the ball with a lot more confidence. He had a smile on his face, he had some confidence.”

Photos: A look back at Barry Alvarez’s tenure with the Wisconsin Badgers