This is How Much Renewable Energy Kentucky is Producing 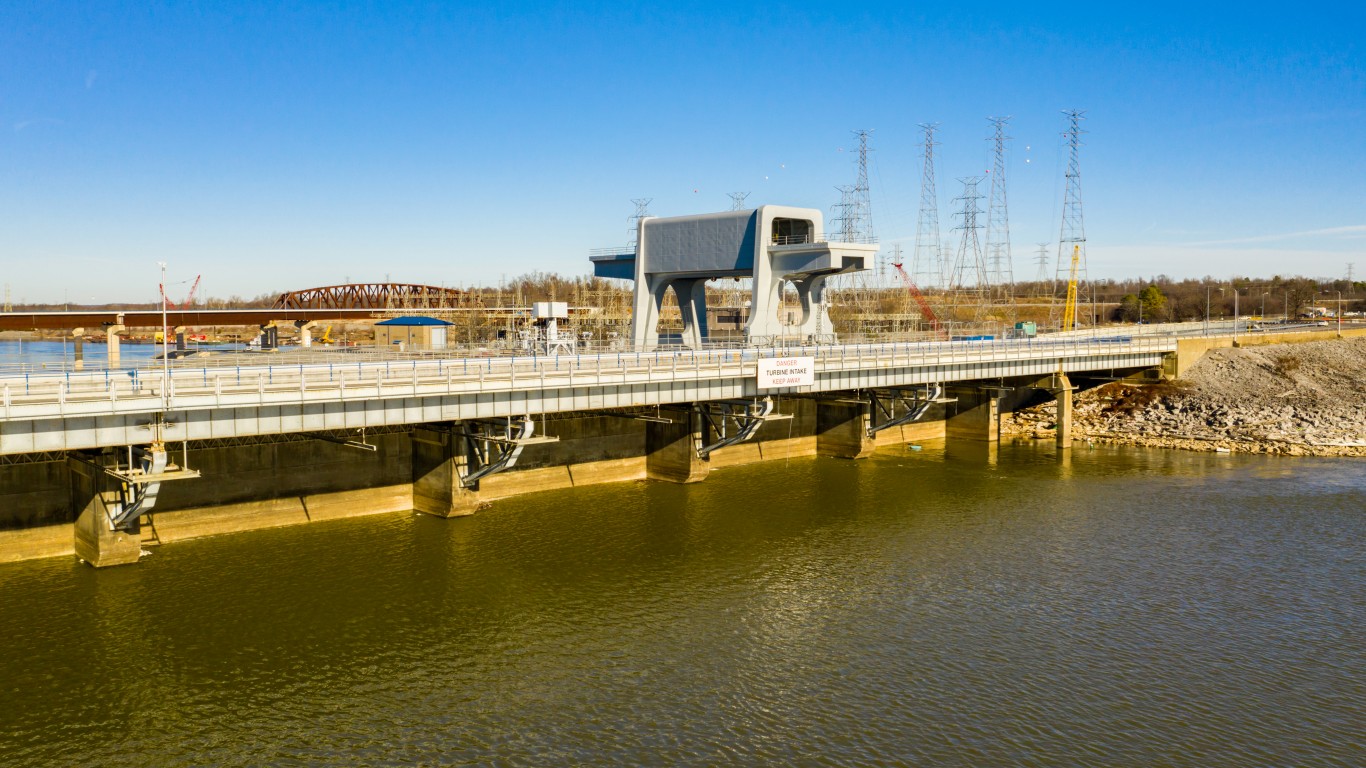 Within weeks of taking office, President Joe Biden issued a series of executive orders aimed at making the U.S. carbon neutral by 2050. This goal hinges on eliminating greenhouse gas emissions in electricity production — which necessitate a shift away from fossil fuels, like natural gas and coal, toward clean renewable energy sources, like wind and solar.

Currently, only 17.7% of electricity produced in the United States comes from renewable sources. Nationwide, wind turbines generate the most electricity, followed by hydroelectric power plants and solar thermal power. Biomass, such as wood and agricultural waste, as well as geothermal energy, are renewable sources that account for a very small share of the U.S. energy mix.

Meanwhile, greenhouse gas-emitting coal and natural gas-fired power plants account for over half of all U.S. electricity production.

While, as a nation, the U.S. has a long way to go to achieve carbon neutrality, at a state level, progress is patchy. In some states, less than 5% of electricity production comes from renewable sources, while in others, fossil fuels have been virtually phased out.

Kentucky produced 71.8 MWh of electricity in 2019. Just 6.5% of that, 4.7 MWh, came from renewable sources, mostly from hydroelectric sources. Other renewable energy sources in the state include wood derived fuels, other biomass sources, and solar, thermal, and photovoltaic sources.

Kentucky produces the fifth-most coal of any state, and coal ranks as the state’s largest energy source, accounting for 72% of all electricity production in the state. The second major source of electricity in the state is natural gas, which accounts for 21.4% of the state’s power.

It is important to note that not all renewable energy sources are carbon neutral, just as not all non-renewable energy sources emit greenhouse gases. Biomass, such as waste wood and crop residue is renewable, however, when burned to produce electricity, it creates carbon. Similarly, though nuclear power plants are not classified as renewable sources, they do not produce air pollution. Still, some forms of biomass produce far less carbon emissions than fossil fuels.