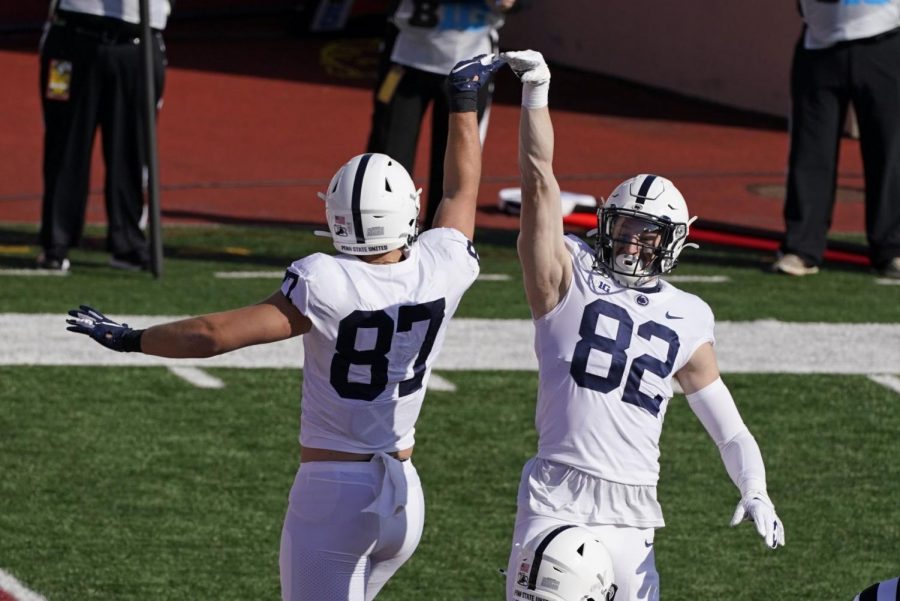 Penn State's Zack Kuntz, right, and Pat Freiermuth celebrate a touchdown Freiermuth during the first half of an NCCAA college football game against Indiana Oct. 24, 2020, in Bloomington, Ind.

Former Penn State tight end Zach Kuntz announced Sunday night on twitter that he will be transferring to Old Dominion.

The Camp Hill product and redshirt-sophomore at Happy Valley has three years of eligibility left. Kuntz caught three passes for 26 yards in his three seasons on campus.

He led Camp Hill with 40 receptions for 1,057 yards and eight touchdowns during his four years in the Mid-Penn.

Ricky Rahne, who is the head coach at Old Dominion, served as a quarterbacks coach, tight ends coach and offensive coordinator for Penn State for six seasons — someone Kuntz is familiar with.

Old Dominion opted out of the season last year because of COVID-19 concerns.