‘Queer as Folk’ to be Reimagined on Peacock 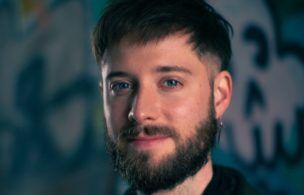 ‘Queer as Folk’ to be Reimagined on Peacock

Fans of the British series Queer as Folk, created by Russell T. Davies, are in luck: Peacock has just announced that the series will be reinterpreted for the streaming platform by creator Stephen Dunn and UCP, a division of Universal Studio Group.

The original groundbreaking series ran from 1999 to 2000 in the U.K. and followed the lives of three gay men living in Manchester’s gay village. Aidan Gillen, Charlie Hunnam, and Craig Kelly starred in its 10-episode run. See Also8 LGBTQ+ Characters Who Teach & Inspire Us
These TV characters break all known tropes and inspire us through their personal triumphs.

The series’ success prompted a U.S. version set in Pittsburgh, Pennsylvania, which aired on Showtime in 2000 and ran for five seasons.

The latest version will center around a diverse group of friends in New Orleans whose lives are transformed in the aftermath of a tragedy.

“Queer as Folk was more than just a show, it was a groundbreaking and necessary voice for so many people. Stephen’s new version for Peacock arrives at yet another pivotal moment in our culture,” said Lisa Katz, president, Scripted Content, NBCUniversal Television and Streaming, in a statement. “The entire team is so excited to be a part of introducing a new generation to this type of authentic and affirming storytelling.” Dunn is an award-winning writer and director who recently co-wrote and directed the Spirit Award and GLADD Award-nominated episode of the Apple TV+ series Little America, “The Son.” He’ll direct the pilot episode. This iteration of Queer as Folk is also created, written, and executive produced by Dunn.

“It is a surreal honour to adapt the notoriously groundbreaking series by Russell T. Davies. When the show originally aired, the idea of unapologetic queer stories on TV was so provocative that I felt I could only watch Queer as Folk in secret,” Dunn said in a statement. “But so much has changed in the last 20 years and how wonderful would it be if the next generation didn’t have to watch Queer as Folk alone in their dank basements with the sound muted, but with their family and friends and the volume cranked all the way to the max…”