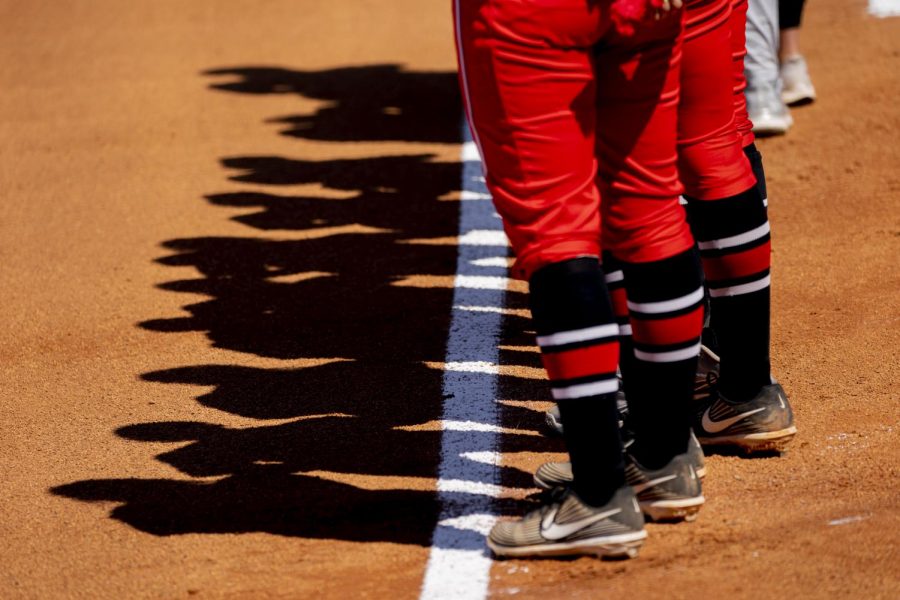 WKU softball players stand on the foul line during the national anthem before the game against UAB Saturday, March 20, 2021.

WKU’s second matchup against No. 5 Florida has been cancelled due to inclement weather.

This is the 13th game of the Hilltoppers’ 2021 season that has been either cancelled or postponed.

WKU will instead turn its attention to a four-game away series against Middle Tennessee University on April 16-18.

The Hilltoppers saw a familiar face yesterday in a 5-0 loss to Softball Canada.

Larissa Franklin is a former WKU player from 2015 who plays for the Canadian National team. She stepped onto the same field as WKU on Saturday for the first time since her final game her senior season.